By James Agberebi: Real Madrid and Portuguese forward Cristiano Ronaldo has been voted the Best FIFA Men’s Player of the Year for 2017.

This year’s award was held on Monday at the London Palladium on Monday.

Ronaldo, who also won the award in 2016, beat off competition from Argentina and Barcelona forward Lionel Messi and PSG and Brazil’s Neymar.

In the women’s category, Lieke Martens was voted The Best FIFA Women’s Player for her role in the Netherlands’ women team emerging champions at the 2017 European Women’s Championship.

Gianluigi Buffon who was instrumental in Juventus’ run up to the 2016/2017 UEFA Champions League final and winning the Serie A title was voted The Best FIFA Goalkeeper.

The FIFA Puskas Award for the best goal went to Arsenal striker Olivier Giroud for his scorpion kick strike against Crystal Palace in a 2-0 Premier League win.

In other awards of the night, The FIFA Fans Award went to Celtic supporters, while The FIFA Fair Play Award was given to Francis Kone from Togo.

Winners at the FIFA Best Award 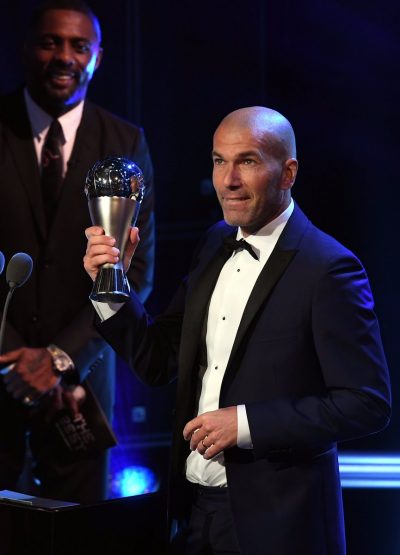