Real Madrid surrendered a two-goal lead to end their final game of the LaLiga season in a 2-2 against Villarreal at the Estadio de LA Ceraica  on Saturday night. 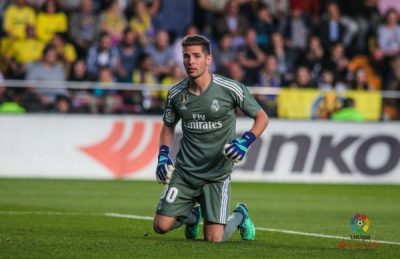 A quick free-kick released the Welshman inside the Villarreal box and he fired into the bottom corner.

Roger Martinez reduced the deficit for the hosts with a stunning strike 18 minutes from the end.

Martinez found space inside the Real Madrid box before picking out the top corner of the net.

The hosts equalised five minutes from time through Samu Castillejo who beat the offside trap  to fire the ball into the net.

The visitors will look to  finish  the season on a high when they take on Liverpool in the final of the Champions League next week Saturday.