Ronaldo: This Is My Best Ever World Cup Performance Cristiano Ronaldo has described Portugal’s 3-3 draw against Spain in Group B 2018 World Cup game in which he netted a hat-trick as his best ever World Cup Performance.

Ronaldo opened the scoring for Portugal from the penalty spot after he was fouled inside the box by his Real Madrid teammate Nacho.

Few minutes to the end of the first half he put Portugal 2-1 up as his left foot strike slipped through David De Gea’ s hands and ended in the back of the net.

And with two minutes left in the game, he completed his hat-trick as he curled in a superb free-kick over the Spanish defensive wall to force an opening day draw for Portugal.

His hat-trick against Spain was his 51st of his career and as well as the 51st of the FIFA World Cup. 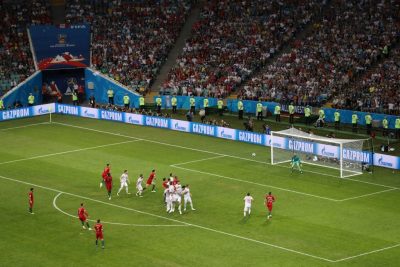 Reflecting on the draw, the reigning FIFA Player of the Year says it was a fair result for both teams.

“I’m happy – that was my best performance in a World Cup. I’m happy with the team too because we played well. I think the result was fair in the end.”

Ronaldo will hope to add to his tally when Portugal take on Morocco on Wednesday.