Henty broke the deadlock for his side in the 49th minute of the encounter. It was his third league game of the season.

At the Emirates Stadium in England, Alex Iwobi was an unused substitute in Arsenal’s 2-0 loss to Manchester City in Sunday’s English Premier League game.

A goal in each half from Raheem Sterling and Bernado Silva handed Arsenal their first defeat of the season.

In France, Samuel Kalu was not included in Bordeaux’s squad that lost 2-0 to Strasbourg in a French Ligue 1 encounter on Sunday.

Awoniyi who celebrated his 21st birthday on Sunday played for 71 minutes before he was replaced.

In the Scottish topflight division, Sadiq Umar came on for Alfredo Morelos in the 77th minute as Rangers recorded a 2-0 home win over St Mirren. It was his first league appearance for the club in the SPL.

Efe Ambrose played all 90 minutes in Hibernian who played out a 1-1 draw with St Johnstone. 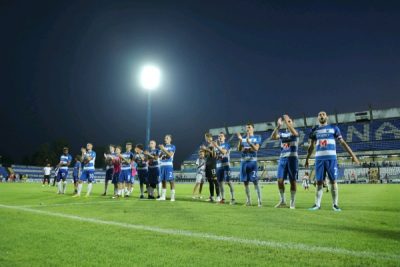 In Switzerland, Blessing Eleke played all 90 minutes for FC Luzern who lost 3-2 to Young Boys.

Stephen Odey featured for 37 minutes in FC Zurich’s goalless draw against FC St Gallen before he was replaced by Benjamin Kololli.

Odey has made four appearances for FC Zurich who remain fourth in the Swiss Super League table.

In Turkey, Trabzonspor handed Ogenyi Onazi his first start of the season in the Sunday’s 2-0 loss to Istanbul Basaksehir.