Musa who is expected to lead the Super Eagles out against Libya in next Saturday’s 2019 Africa Cup of Nations qualifying match in Uyo, Akwa Ibom State scored the opener for Al Nassr Riyadh in the 26th minute but Rodolfo de Almeida Guimaraes drew the visitors level six minutes later.

The game was Musa’s fifth league start of the season since he joined the club from Leicester City. 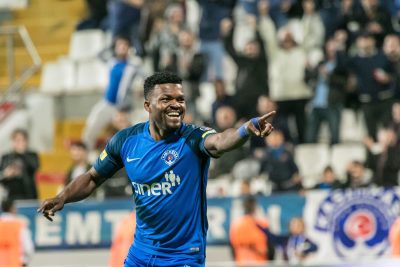 In Turkey, Emem Eduok scored a brace for Kasimpasa who returned to winning ways recording a 3-1 home win over Goztepe at the Tayyip Erdogan Stadium in Istanbul, Turkey.

The win was Kasimpasa’s first in their last four league games in the Turkish Super Lig.

The Nigerian forward found the back of the net in the 21st minute and doubled his team’s lead in the 47th minute of the encounter.

Ahmed Trezeguet put the game beyond reach of Goztepe with a third in the 69th minute of the encounter.

At the Arsenal Stadium in Russia, Sylvester Igbonu scored his third league goal for FC UFA who were held to a 1-1 draw away at Arsenal Tula in the Russian Premier League on Friday. 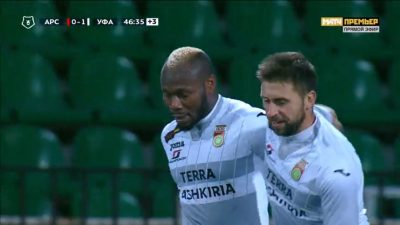 Igbonu shot FC UFA into the lead on the stroke of half time but Georgi Kostadinov salvaged a point for Arsenal Tula in the 70th minute of the encounter.

The 28 year old forward has made nine league appearances for FC UFA this season.

In Belgium, Victor Osimhen scored his second league goal in the Belgian Pro Division league on Friday for Sporting Charleroi who lost 2-1 away to Cercle Brugge at the Jan Breydel Stadium in Brugges.

It was Osimhen’s third start in five games for Sporting Charleroi since he arrived on loan at the club from Wolfsburg. 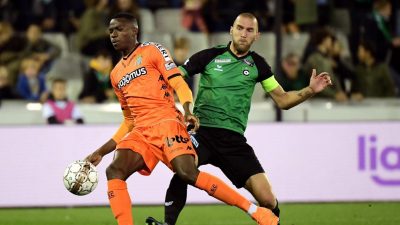 Osimhen drew his side level in the 32nd minute after they trailed through a goal from Dylan De Belder earlier. An own goal from Francisco Martos gave the hosts, Cercle Brugge a 2-1 lead three minutes into the second half.

In the Italian Serie A, Ola Aina made his eight appearance for Torino who defeated Frosinone 3-2 at the Olimpico Stadium on Friday.

The Nigeria international who is expected to hit the Super Eagles camp next Monday ahead of next weekend’s 2019 African Nations Cup qualifier against Libya was replaced in the 65th minute of the encounter by Vittorio Parigini.