By Nnamdi Ezekute in Saint Petersburg:

Russian fans have backed their favourite Nigeria player, Ahmed Musa, to be at his best a inspire the Super Eagles to a famous win against La Albiceleste of Argentina in their final Group D match of the ongoing 2018 FIFA World at the Krestovsky Stadium Saint Petersburg on Tuesday, Completesportsnigeria.com reports.

Musa is the most popular Nigerian player among Russian fans at the World Cup, not only for the reason of being a very resourceful striker as a CSKA Moscow loanee from Leicester City, but also for confirming a class he is known for in the Russian top flight league by hitting a brace in Super Eagles’ 2-0 win over Iceland last Friday in Volgograd. 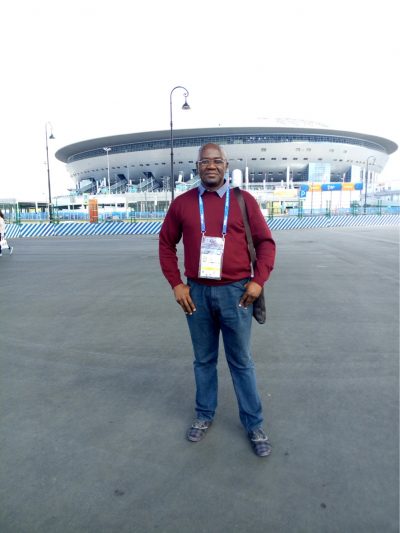 In the streets of Moscow, Kaliningrad, Volgograd and Saint Petersburg which Nigerians have traversed so far because of the participation of the Super Eagles in the ongoing mundial, the type of greetings one gets on a regular basis as a Nigerian have been, ‘Nigeria – Musa!’, ‘Musa boom boom!’, ‘Haaa Musaaa!’, and the likes.

And the majority of them that Complete Sports interacted with believed that against Argentina on Tuesday, the CSKA loanee can replicate his blazing form that destroyed Iceland.

“I like Musa in spite of the fact that I don’t support CSKA. I am a fan of Zenit Saint Petersburg,” Brogda, a staff of Galakt Hotel in Saint Petersburg told Completesportsnigeria.com through a translator. “He is great for CSKA, he will score two goals against Argentina. Nigeria will win.”

A group of three ladies also got so excited at an eatery knowing that this reporter was from Nigeria, and hailed their favourite, Musa. 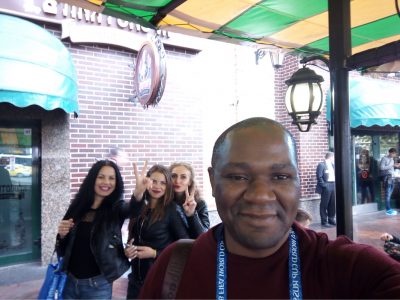 “Musa, Musa, Musa! Nigeria!,” they chorused, each with a two-finger gesticulation.

“We know Musa, we love Musa. Argentina 0, Musa 2,” one of the girls yelled, flaunting her smattering English.

A certain Ermolai, a security officer at the Saint Petersburg metro station also gleefully chatted with Complete Sports as he helped the reporter through a free trip guide to the Krestovsky Stadium on Monday.

“Ahaaaa Nigeria!,” he hailed. “My son talk Musa too much. For me, no football. I do biking, I like biking. My son love your team. Good luck Nigeria.

He quipped: “Super Eagles please beat Argentina for me. Nigeria is powerful, go and beat Messi for me. Messi is poor, Ronaldo great.”