The young striker came in for Alfredo Morelos in the 54th minute, but was not able to register a goal in the game.

Sadiq is on loan at the former Scottish champions from Italian side, AS Roma.

He is now in line to make his first competitive appearance for the Gers in Thursday’s Europa League, second qualifying, second leg clash against Croatian club, Osijek. 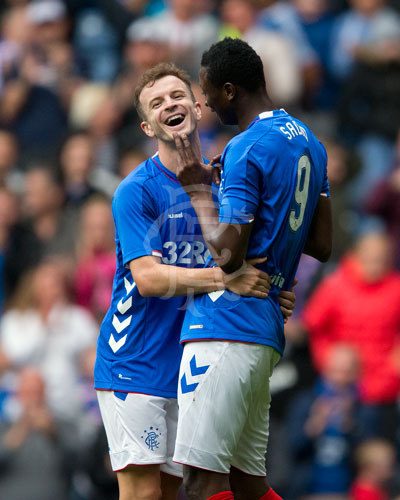 Rangers won the first leg 1-0 and look set to move into next round.

Steven Gerrard’s men got their goals through Alfredo Morelos, Nikola Katic and Alex Bruce (own goal)

The emphatic victory now makes it four wins and two draws since Liverpool legend, Gerrad took charge of the club earlier this summer.