Egypt forward, Mohamed Salah, equaled the record for most goals (31) in a single season in the English Premier League after he hit the back of the net once in Liverpool 2-2 draw against West Bromwich Albion at the Hawthorns on Saturday.

The hosts who are battling hard to escape relegation and needed a win to keep their faint survival hopes alive went behind as early as the fifth minute.

Saido Mane’s short corner in the fifth minute is worked to Danny Ings who blasted the ball past Ben Forster.

Salah got Liverpool’s second of the game 17 minutes before time.

England international, Alex Oxlade-Chamberlain, slid the ball through and, after a couple of touches to settle himself, the Egyptian lifted it over Forster. 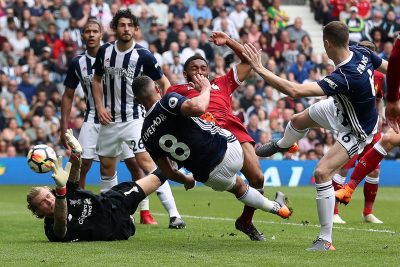 West Brom staged a big comeback afterwards to earn a share of the spoils.

The equalised in 89th minute through Salomon Rondon who diverted Chris Brunt’s cross into the net.