By Tunde Koiki in San Sebastian, Spain:
Day three of my tour of the the Basque Country – to the beautiful seaside city of San Sebastian.

The city is famous for three things: tourism, the San Sebastian International Film Festival and and LaLiga club, Real Sociedad.

In the 19th century, the city was chosen by the Spanish royal family as a summer residence. Subsequently, many Spanish nobles regularly visited the city and purchased or built home there in order to be close to the royal court and so little by little, the city grew in affluence.

San Sebastian is also home to a large number of MIchelin Star rated restaurants. It is second only to Kyoto in Japan as the city with the most Michelin stars in the world. In fact, two of the ten best restaurants can be found in San Sebastian. Also, the beaches of San Sebastian are regarded as some of the most stunning in Europe. 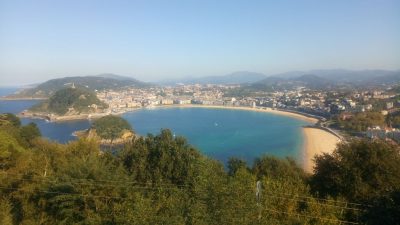 My visit to Real Sociedad’s Zubieta training ground was a momentous one for me. Here was one of the places where former Super Eagles midfielder Mutiu Adepoju made his mark on Spanish football. He played 5 seasons at Real Sociedad and scored eight goals in 88 appearances. One of those appearances saw him get into a heated argument with current Atletico Madrid manager Diego Simeone during a La Liga match between Real Sociedad and Atletico Madrid. And almost twenty years later, both men were reunited in Nigeria earlier this year when Athletico visited Nigeria as part of the partnership between La Liga and the Nigeria Professional Football League and laughed about the incident.

As a matter of fact, Mutiu Adepoju is still well remembered at the club and everybody’s eyes lit up when i mentioned that I was from Nigeria. I was constantly asked about him. When i told them that i spoke to him just weeks ago, the smiles were warm and genuine and I was asked to say hello to him. 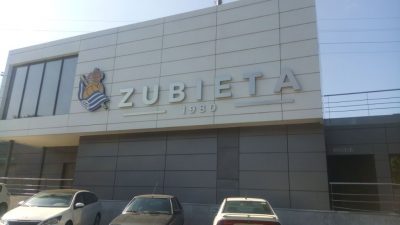 For many years, Real Sociedad, just like their Basque rivals Athletic Bilbao, only signed players from the Basque country. This policy was abandoned in 1989 when the club signed Irish international John Aldridge from Liverpool. Aldridge scored 16 goals in his first season to be the club’s top scorer and fourth-highest scorer of the entire league as Real Sociedad finished fifth.

Alberto Gorriz, the club’s record appearance holder with 599 appearance said, “It was difficult to convince the fans to abandon the Basque-only policy. They wouldn’t hear it. But everything changed when John ALdridge arrived. He was a mature player. Very talented. We the players learnt a lot from him. His attitude and professionalism was first class. He was very much part of the team, we played jokes on one another, ate together and did everything together. He really changed the perception about foreign players.” 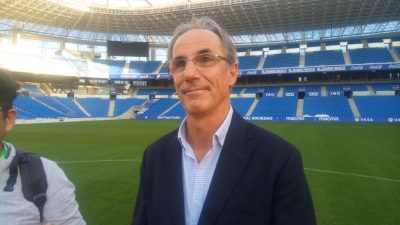 In 1990, the club signed another English league striker, Dalian Atkinson of Sheffield Wednesday, who therefore became the club’s first black player. And so, Aldridge paved the way for foreign players while Atkinson paved the way for Mutiu Adepoju.

Another foreign player who is well remembered and greatly much loved is France’s 2018 World Cup winner and Athletico Madrid forward Antoinne Griezmann. “He joined us at the age of 12,” began Luki Irriarte, head of the academy. “When he first came to us, he was so small and frail. But you could tell that he was special. Every time he touched the ball, the sun came out. It is no surprise that he has gone on to become a success.”

Griezmann lived in San Sebastian but attended school in a French town just across the border. So good was his talent that he was called up to the first team at the start of the 2009/10 season after an impressive pre-season and an injury to Real Sociedad’s regular winger. He was just 17. It was a major surprise as he became one of the few players in the club’s history to go from the youth team to the first team, without playing in the reserves. 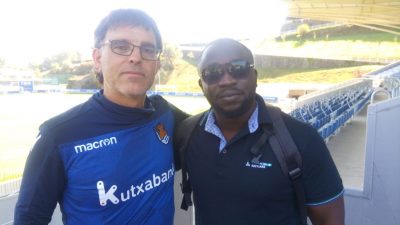 We were allowed to watch the first team train for 15 minutes. For someone who watches the Spanish league regularly, it was interesting surreal to see former Atletico Madrid goalkeeper Miguel Angel Moya (who always seemed to favor black keepers gloves. As a matter of fact, he was the first keeper I ever saw wear them). Argentine keeper Geronimo Rulli, Everton’s on-loan striker Sandro and club captain Asier Ilarramendi were the other faces I could recognize.

We also toured Real Sociedad’s Anoeta Stadium. Opened in 1993, the Stadium is undergoing major redevelopment which has seen its athletics track removed and a new roof installed. The current capacity will be improved from 32,000 to 42,000 by the end of 2019. Interestingly, matches are being played while construction is going on. The entire north stand is being demolished and will be reconstructed. According to the club’s commercial director, Begonia Larzabal, when finished, the stadium will also be able to host rugby matches, music concerts, expositions and other celebrations. “We are looking to make Anoeta a major destination in San Sebastian,” she said. “Not only for football but for every kind of commercial activity. We will have excellent meeting rooms where you can hold meetings with business partners and conferences in comfort. We are aiming for daily occupancy for the stadium not just every fifteen days when football matches are played.” 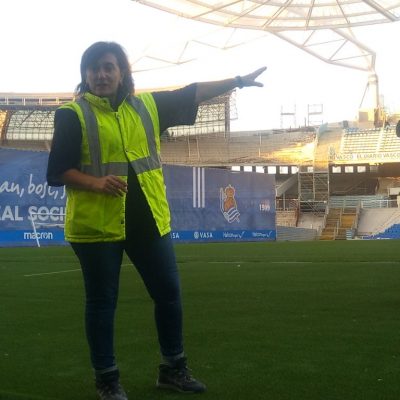 And this massive reconstrution is being overseen by Izaskun larzabal, one of Basque Country’s finest architects. Izaskun has been a fan of Real Sociedad for as long as she can remember and has worked with the club for the last 20 years. I gazed around at the beautiful blue seats and the lush natural grass surface and sighed. If only the Enyimba International Stadium in Aba was as beautiful and built with such care and attention to detail, I thought. 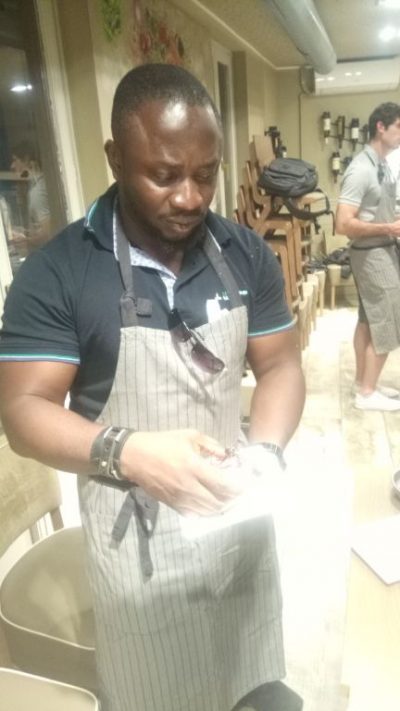 Dinner was back at Bilbao where we went to a restaurant where we prepared our own meals. It was all fun I’ll admit. But really the Basque country could do with a Nigerian restaurant. I’ll wager that with jollof rice, amala, edika ikong and other Nigerian delicacies on the menu, it’ll become a Michelin star rated establishment in no time. 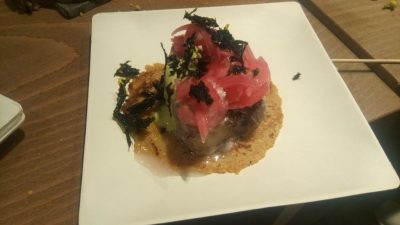 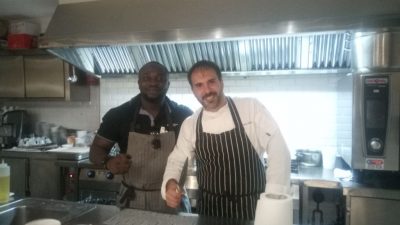