Hazard became the fourth player to score more than one Premier League hat-trick for Chelsea.

Other Chelsea players to have attained that feat include Didier Drogba, Frank Lampard and Jimmy Floyd Hasselbaink.

“I think at the moment Liverpool and Manchester City are another step up, so we have to improve and I hope next season we can be on the same level.”

The Italian manager also believes that there’s still room for improvement in his side’s defending despite their big win.

Sarri’s team conceded a sloppy goal in the 18th minute after an unmarked Sol Bamba in the gave Cardiff the lead heading in Sean Morrison’s cross. 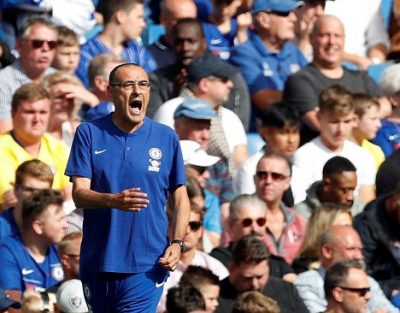 “I am very happy with my players,”he further remarked.

“But I always think we can do better. We are very dangerous in the offensive phase but we aren’t as solid defensively as I want. I think we can improve quickly though.”

Chelsea now lead the EPL table with a +1 goal difference ahead of Liverpool. Both teams have recorded five straight wins so far.

The Blues will face West Ham at the London Stadium in their next EPL game.