Sarri’s men held off a late fight back to beat the Magpies 2-1 and secure their third with of the campaign.

An own goal from DeAndre Yedlin gave Chelsea the win after Joselu header had cancelled out Eden Hazards strike from the spot.

“I have never seen a Rafa Benitez side play with five defenders. It is very difficult to play here for every team – not only us,” Sarri revealed during his post match interview. 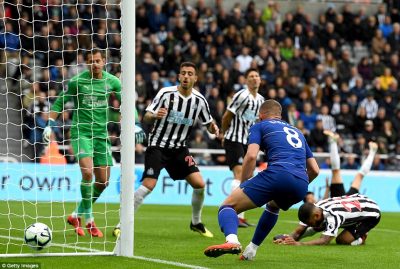 Hazard scored from the spot to give Chelsea the lead in the 76th minute.

“Eden (Hazard) has played very well but maybe it was better if he played for only 75-80 minutes, but (Mateo) Kovacic asked me to be replaced so it was not possible,” he said.