Everton manager, Marco Silva Silva, has been glowing with pride after his £35m signing from Watford responded to criticisms of his price tag from some quarters by scoring two goals in the Tofees’ 2-2 away draw at Wolves.

Silva made Richarlison his first signing as Everton boss, fully aware of his quality and value having coached the 21 year old at Watford last season after he masterminded his arrival in the English Premier League from Brazil.

The £35m transfer fee Everton reportedly paid Watford for Richarlison’s release was however greeted with disdain by some club’s faithful. Now Silva is happy that the lad needed just his first Premier League match to start responding to the critics. 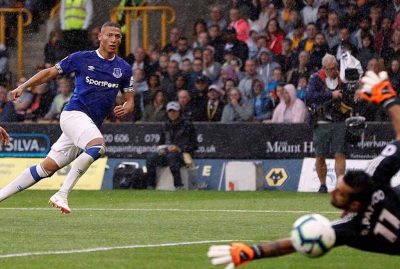 “For me, the figure is not important and it is not important talking about it every time. If a club pays that money it is because that is his value in the market – and it’s not only our club paying this money for one player,” Sambafoot quoted Silva as saying about Richarlison’s value.

“Of course, it’s a fantastic start for him. He is a boy I took last season from Brazil and we did everything to bring him to this club too.

“It’s a fantastic start, with fantastic work and fantastic behaviour, and with his talent, in some moments he can score.” 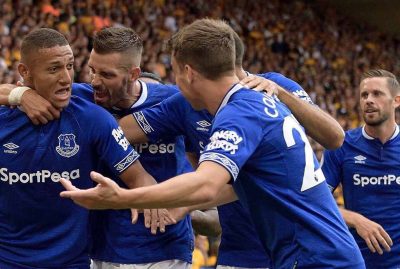 “It was a very good performance from a player I know can play like this,” he said.

“It’s not just his goals. He works hard, makes runs and I’m pleased to see him score two goals but the most pleasing thing is the team performance.”