The Super Eagles played against Bulgaria in their first ever game at the FIFA World Cup at USA 1994 and won 3-0.

Also, their opening game at France 1998 saw them clinch another win, 3-2 against star-studded Spain.

However, since their win against Spain at France 1998, the Super Eagles have failed to win their last three opening World Cup games at Korea/Japan 2002, South Africa 2010 and Brazil 2014.

The last time the Super Eagles scored in a World Cup opening group game was at the 1998 edition in France.

They came back twice to edge an in-form Spain side that had Luis Enrique, Fernando Hierro, Andoni Zubizarreta, Kiko, Raul and Ivan Campo, 3-2.

Since then the Super Eagles have failed to score in their opening group games at Korea/Japan 2002, South Africa 2010 and Brazil 2014.

On two occassions the Super Eagles have faced European teams in their opening World Cup group games, they emerged victorious.

The first time they met a European team in their opening group fixture was against Bulgaria at USA 1994 which they won 3-0.

Four years later in France, they took on Spain and won 3-2 in an epic clash. 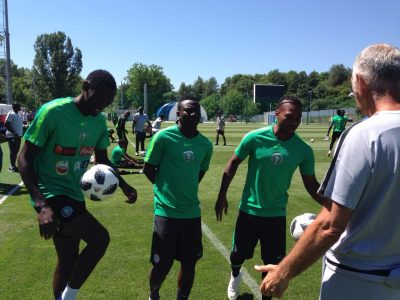 Croatia kicked off their debut at a FIFA World Cup with a 3-1 win against fellow debutants Jamaica at France 1998 in their first ever opening group game.

Ufortunately, Croatia have not been able to replicate their France 1998 feat as they have lost all opening group games in their last three World Cup apperances.

Since they made their debut at France 1998, Croatia’s Group D clash against Nigeria in Russia will be the first time they will face an African team in their opening World Cup group game.

However, Croatia’s only game against an African team at the World Cup was against Cameroon in their second group game at the 2014 edition which they won 4-0. 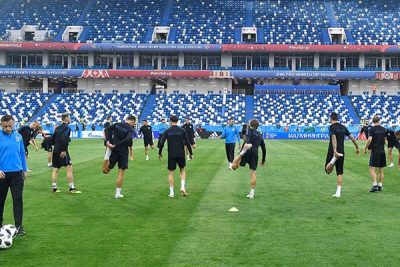 Despite making their debut at USA 1994, Nigeria scored first in their first ever opening group game with a 3-0 win against Bulgaria.

The late Rashidi Yekini became the first player to give Nigeria the lead in a World Cup opener.

But in subsequent World Cup openers, Nigeria have not been able to repeat the feat.

Against Spain at France 1998, Fernando Hierro opened the scoring, Gabriel Batistuta scored the only goal in a 1-0 win for Argentina at Korea/Japan 2002 while Gabriel Heinze got the goal which earned Argentina a 1-0 win at the South Africa 2010 edition.