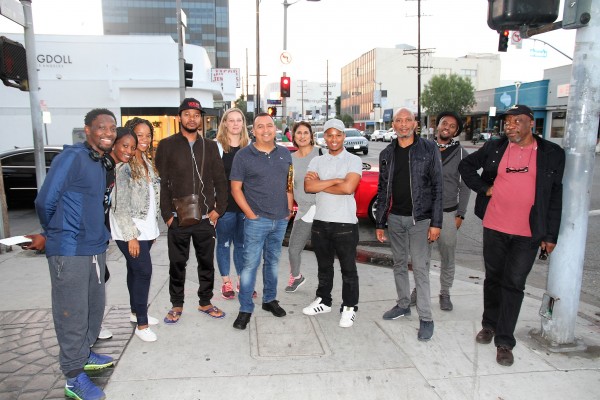 A group of South African filmmakers has arrived in the United States of America to participate in the American Film Market that opens in Los Angeles today. The group is on an Outward Film and Television Investment Mission t that is organised and funded by the Department of Trade and Industry (the dti).

“We are looking forward to interacting with sales agents and distributors with the aim of raising finance our projects that we are hoping to secure presale commitments for.  In addition, the market provides a perfect platform for networking with various stakeholders that are involved in filmmaking and convince them to bring their dollars to South Africa,” says Mr Wandile Molebatsi.

Mr Kearatwa Sedidi says he is in Los Angeles to find a distributor for his company’s animated series project Survival Island.

“We would be glad if we were to return home with a letter of intent from an American distributor as it will enable us to raise funding for the actual production of the project,” adds Sedidi.

Ms Phumelele Mthembu says: “We are looking for an executive producer who has international experience for our feature film, African America, for which we are also seeking financiers, distributors and presale contracts.”

Mr Thabang Moleya says he is excited about attending the AFM as he is looking forward to exploring co-production opportunities with the US companies.

“We are optimistic that the projects that we have come to market here, which comprise two feature films and two drama series, will attract interest from American companies in particular, to invest in them,” says Moleya.

“We are here to encourage services partnerships with filmmakers from various countries including America, German and Britain in order to get them to come to South Africa and shoot their films there. The predominantly black delegation that is here will help diversify the industry by exposing the black talent to foreign companies to collaborate with. The mission is a relationship-building exercise that will pay dividends over a period of time,” says Suleman.

Distributed by APO Group on behalf of The Department of Trade and Industry, South Africa.