By Tunde Koiki, who was in Spain:
On my recent visit to Spain, I finally confirmed what I had always suspected all along: that Spanish people are absolutely mental about football. It was everywhere you went. From car stickers, to buildings, to clothing, to flags, almost everywhere you went, there was either subtle or overt nailing of an individual’s colours to their mastheads. Even the elderly citizens are not left out.

On my visit to Athletic Bilbao’s Lezama training ground, there were at least 20 old men and women who came to watch the team train and meet the players after the session. As a matter of fact, the question really should be: who DOESN’T like football in Spain. Well if there is one such individual, I didn’t meet him or her.

As a matter of fact, football is such a huge part of Spanish culture that a most extraordinary thing happened. Deportivo Alves, a football club based in the city of Vitoria and the third most successful team in the Basque Country after Athletic Club of Bilbao and Real Sociedad of San Sebastián, was purchased by Kirolbet Baskonia, one of the most successful basketball teams in Spain. To the best of my knowledge, this has never happened before anywhere and it was most certainly a first for Spain. Most times, it is football clubs that evolve into sport clubs, thereby adding other sporting disciplines like basketball, table tennis, etc. This purchase was necessary as Deportivo Alaves, losing finalists in the 2000/01 UEFA Cup final in one of the most thrilling UEFA competition finals ever, now in the third tier were on the verge of disappearing due to a disastrous economic situation. The owner of Baskonia, Jose Antonia Querejeta was approached by the Vitoria city council and after much persuasion and haggling bought a controlling share of the club in 2011 and began to turn the fortunes of the club around. Under the new Baskonia-Alaves management, the team achieved promotion to La Liga in the 2015/16 season. 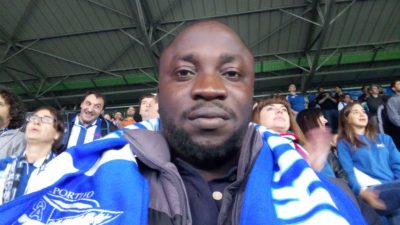 This season, Alaves are flying high in third place after 9 matches, ahead of giants like Sevilla, Atletico Madrid AND Real Madrid. As a matter of fact, I was at Alaves’ Estadio de Mendizorrotza early this month when three momentous things happened. Firstly, for 90 minutes, I became a football Ultra. You know that section of fans in a football stadium who sing and chant non stop, wave banners, flags and scarves and do everything in their power to intimidate opponents? Well I became one of them. God knows, I didn’t understand one word of what I was saying but by God it felt good! It was also wonderful to see young children in the stands with me, watching the game. No doubt they will grow up to take the place of the parents in these same stands someday. The indoctrination into the love and following of a football club is best carried out at a tender age. That way they become lifelong fans.

The second thing that happened was that I watched Real Madrid play live. Los Blancos were in town to face Alaves and it was an incredible moment for me to see the famous white jerseys file out, worn by Sergio Ramos, Karim Benzema, Gareth Bale, Luka Modric, Toni Kroos and the rest of the squad. This was a team that were reigning European champions, a team steeped in European and world football folkore and I was watching them live. Ah, I thought, you’ve come a long way from Ebute my son. Modric was his usual bright self while as unsurprisingly Sergio Ramos was in the thick skullduggery and flashpoints. I also watched the frustrations of Julen Lopetegui on the touchlines as he tried to rally his troops. How long before the axe falls, I wondered. 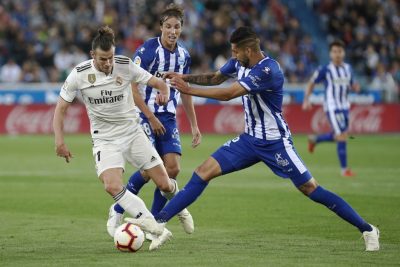 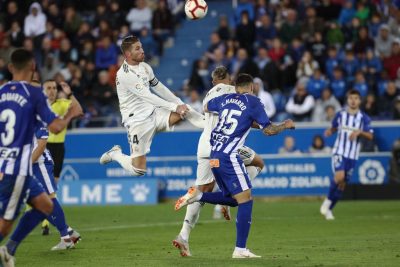 The third thing that happened that day was I watched little Alaves plunge an entire city of 250,000 into absolute bliss. Before my very eyes, 32 year old substitute striker Manu Garcia crashed home a header from one yard out in the 95th minute as Alaves beat Real Madrid at the Mendizorrotza for the first time in EIGHTY SEVEN YEARS. It was an absolutely damp and insipid display from the European champions who lacked inventiveness and looked utterly bedraggled on a cold, wet Basque evening. Well the weather conditions didn’t stop the entire town from starting the celebrations and we could see the revelry as our vehicle sped out of town back to Bilbao. 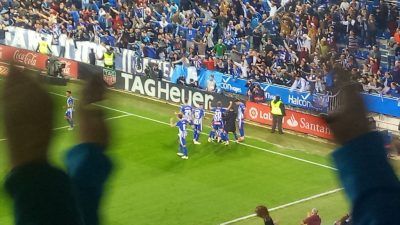 Things have not really changed since that loss. Real Madrid subsequently lost 2-1 at home to Levante while an unconvincing 2-1 win over Viktoria Plzen in the UEFA Champions League did little to appease the fans who booed them off at fulltime. And their poor form could not have come at a worse time as they travel to face Barcelona at the intimidating Camp Nou. It is the first El Classico in 10 years between the two that will not feature either Lionel Messi or Cristiano Ronaldo. The Argentine maestro is out for the next three weeks with a fractured arm while the Portuguese superstar has moved on to Juventus. Reports from my Spanish friends suggest that former Italy, Chelsea and Juventus manager Antonio Conte has been sounded out and is on standby to take over if Lopetegui loses on Sunday. For Barca, they have long been criticized for being too reliant on Messi and they now face the ultimate test to show they can function without him. 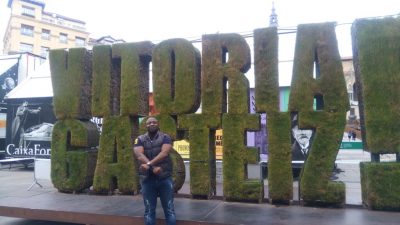 One thing I can say however, is that having witnessed a Spanish football derby, El Clasico will be absolutely lit. Before my unforgettable trip to Vitoria, I had the pleasure of watching the Basque Derby at the beautiful San Mames between Athletic Bilbao and Real Sociedad. Walking to the stadium on matchday was an incredible experience. The streets were awash in a seas of blue, red and white. Families and friends on opposing sides walked to the stadium hand in hand and created an electrifying atmosphere inside imposing arena. But the Basque Derby is known as The Friendly Derby. As brilliant and as passionate as it is, it does not come near El Clasico. It is one of the greatest sporting rivalries in the world and it literally divides Spain and the rest of the world into two. Over 650 million people watched the last instalment. A 2-2 draw at the Camp Nou in May where fittingly both Messi and Ronaldo scored. It will seem odd when both teams file out on Sunday without both men on the pitch. But while they have written incredible chapters in the book of El Clasico, this match is much more than them. Recent political tensions between Catalonia and the central Spanish government means that political tensions will bubble under. El Clasico existed before Lionel Messi and Cristiano Ronaldo. On Sunday, it must prove that it can exist without them.