The announcement was made by Nigeria Breweries marketing director Franco Maria Maggi during an official ceremony with Chelsea club officials today at Stamford Bridge. 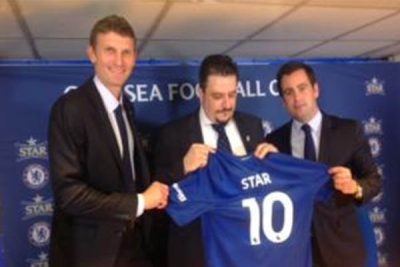 Star Lager will also leverage the partnership with engagement and attendance at live matches involving Chelsea.

The partnership has come at the perfect time with Chelsea in fine form, winning their last two matches in impressive fashion.

The English champions defeated Stoke City 4-0 in a Premier League clash last Saturday before stunning Atletico Madrid 2-1 in a Champions League fixture in Madrid on Wednesday.