Star Serenades Four Lucky Fans With Holiday Of A Lifetime FOUR Nigerian football fans are enjoying a holiday of a lifetime in London courtesy of Star Lager after emerging the lucky winners of an online quiz to predict the premium drink’s next big European club partners.

None of the upwardly mobile quartet of Ugochukwu Jay Chikezie, Chinedu Jude Mbanefo, Onyedika Nwokedike and Nneamaka Anyanwu, is new to international travel. In fact, Ugochukwu (Let’s just call him Ugo) only just recently returned from a trip to the United Kingdom, while the only lady among the pack, Nneamaka (Amaka) relocated to Nigeria from California in the United States, only last year. But this particular all-expense paid trip sponsored by Star is still the stuff of dreams for them.

“I come to London quite frequently either for business or with my family, but this is the first time another organization is picking my travel bill and spoiling me silly,” says Ugo, e tech entrepreneur. “In fact, my wife was jealous after seeing the pictures that I posted to her only on the first day of the trip. By the time the four days are through, I’m sure it would be an unforgettable experience.” 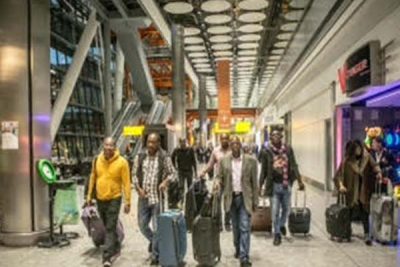 Indeed, Star has pulled out all the stops to give the lucky four a treat. From the Murtala Muhammad airport in Lagos where they were checked in via a fast track, to London Heathrow where they were again ushered in like special guests of the Queen of England, it’s been a royal treatment all the way.

“I never thought the (Star Lager) competition was real,” says Chinedu, a construction engineer and Manchester United fan. “A friend in one of my WhatsApp groups of about 20 people posted the link to the competition and encouraged the rest of us to enter. I didn’t take it very serious but I entered anyway. So, you could imagine my surprise when I got a call that I had been shortlisted.”

Winning one of the four slots wasn’t that straightforward, however. Eight fans were originally shortlisted from among one thousand plus entries, after which Star asked them to campaign and mobilize for votes. The four among the eight with the highest number of votes would win the tickets to London. A furious campaign began!

“I was disadvantaged from the start because I don’t have many friends in Nigeria yet,” says Amaka. “Most of my friends are in the diaspora, especially in California. Because of the nine hour time difference between California and Nigeria, I had to stay up very late in Lagos to mobilize for votes because there was a deadline for voting.”

Voting started 10pm on a Sunday night and ended 4pm the following day, Monday.  Onyedika (Let’s call him Onye), is a lawyer and works with the UTL Trust Management Services Limited, formerly Union Trustees Limited. He got to work on that Monday, but he couldn’t concentrate!

“I was monitoring the voting,” begins the bespectacled solicitor. “I had mobilized all my friends on social media the previous night and I was well placed to win. But in the morning, I noticed that the other guys started catching up and overtaking me. I became seriously worried. I couldn’t concentrate on my work and I started praying for the voting to close.” 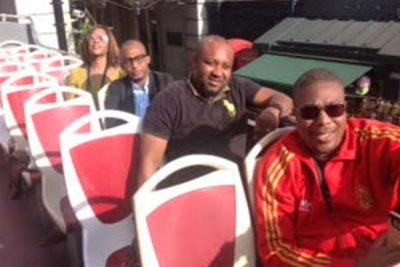 Ugo was the main guy doing the catching up. “I was far behind in the voting on Monday morning, so I called all my staff (about 30 of them) and declared a work-free day. I told them the only work they had to do was win me the ticket, so they all started mobilizing their friends on social media to vote for me. If I didn’t win, I was going to sack everybody,” he joked.  Ugo’s strategy worked perfectly. He finished with the highest number of votes.

By contrast, Amaka was helpless as the final hours of voting approached. “I had played my last card and the only thing I could do was hope and pray. My friends in California had gone to sleep and I couldn’t mobilize votes anymore. What added to my anxiety was that there was a glitch in the system and some of my votes didn’t register initially. But when the system was rectified, my numbers surged. I was just grateful to survive in the end.” She came fourth in the voting and grabbed the last ticket to London. 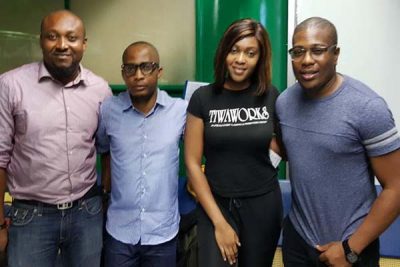 On the first day of their trip, the lucky quartet had visited a bunch of tourist sites in London, they rode an open-roof bus like champions on a trophy parade and had a whole capsule to themselves on the London Eye where again they were fast-tracked like the Star guests that they were.

“This trip has been fantastic, gushes Amaka. “Being the only lady, I thought I would get bored, but the guys have been great. No airs, no attitude. We’ve all bonded like we’ve known each other for ages. It’s a great experience for me. The best part is that the fun is not over yet. In fact, it’s just beginning.”

PS: Watch out for my next diary on how the Star guests are having the fun of their lives in London. On the menu is a big game in the English Premier League on Saturday. I will be there also to report it for you live here, on www.completeportsnigeria.com. 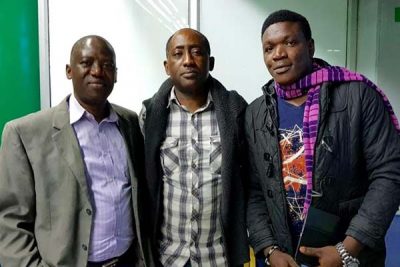