4 Strikers Who Can Replace Ighalo In Bafana Vs Eagles Replacing Odion Ighalo in the Super Eagles squad is quite a tall order given the Changchun Yatai striker’s recent glut of international goals. After enduring a dry spell for over one year, including the Russia 2018 World Cup, Ighalo hit a rich vein of scoring form with six goals in his last three Super Eagles games.

Now, Ighalo is unfortunately out with an injury and one of several players available to Gernot Rohr has to replace the 29-year-old in the key 2019 Africa Cup of Nations qualifier against South Africa in Johannesburg on Saturday. NURUDEEN OBALOLA wonders who is best suited to take up the task…

Kelechi Iheanacho is a bit of an enigma. The Leicester City forward sometimes appears like the ideal No.9 with his poacher’s instincts but other times it seems he is best deployed just off the target man.

He has led the Super Eagles line before with some success and has also featured this season as Leicester centre forward in the absence of Jamie Vardy.

But the feeling is usually that Iheanacho does not offer enough as the target man; his movement is not convincing enough; his instincts can be good but not sharp enough for a consistent No.9.

However, given that of all the available options he is the only one to have done it at senior international level and achieved some result, it would be unfair to entirely dismiss Iheanacho.

His overall numbers for the Super Eagles are quite impressive and this might be the key decider for Gernot Rohr.

Iheanacho has scored eight goals in 22 Nigeria appearances, although his last goal was in the 4-2 friendly win over Argentina
in Russia last November. He has gone eight games without scoring since and was an unused substitute in the last two AFCON
qualifiers against Libya in Uyo and Sfax, Tunisia.

But an important edge for Iheanacho could be the on-field and off-field relationship he has struck with the in-form Alex Iwobi who will be expected to play a pivotal role in the match. 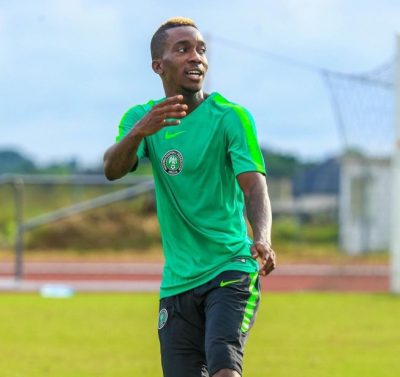 Henry Onyekuru hardly plays as a centre forward but he has posted impressive numbers from his wide forward position for Galatasaray this season.

The 21-year-old is a pacy, skillful player comfortable in both wide forward positions. But he can also do a job as the target man as he has a keen eye for goal.

Onyekuru has played mostly this season either as a right winger or left winger but he was in devastating form last Saturday
when he played through the middle.
The forward, on loan from Everton, scored twice in the Turkish Super Lig fixture against Kayserispor.

It is obvious that Onyekuru is capable of filling the huge gap left by Ighalo but is he not a big risk for Rohr?

The young forward has played five times for the Super Eagles but he has never started a game for the national team. In fact, he played a total of 23 minutes in the three 2019 AFCON qualifiers this year – five against Seychelles and nine each in the double header against Libya.

Will Rohr hand Onyekuru his first start against Bafana Bafana with so much at stake? 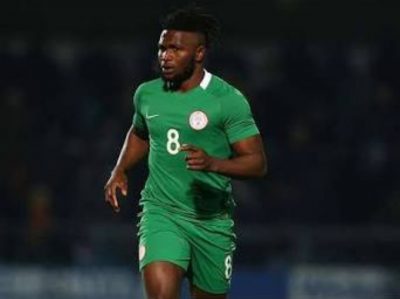 Isaac Success is finally looking like fulfilling the enormous potential that has been boiling under the surface since his junior international days.

At 22, the Watford forward is at the stage of his career where he has to shape up or ship out. He appears to have taken the first choice.

Having been dogged by injuries and attitude issues, Isaac is now striding towards a successful career both at club and
international level.

And this is as good a time as any to establish himself as a firm option for the Super Eagles striker role.
Success is now living up to his name. He is a vastly different player from the one who struggled for fitness and game time last season when he played not even a single minute for Watford before being shipped out on loan to Malaga, where he played only nine games.

This season, Success has found some consistency and played 14 times for Watford in all competitions. He has played in all his club’s Premier League matches, starting the last four. Unlike the whole of last season when he failed to score, Success has already netted thrice this season.

The 2013 FIFA U-17 World Cup winner has had only two Super Eagles caps, but importantly both have come under Rohr.

Success also has a bit of an edge in the race to replace Ighalo because he was the one that was substituted in for the Changchun Yatai striker in the 4-0 win over Libya only last month.

And he has played 12 matches as centre forward for Watford this season, clearly a factor for Rohr. 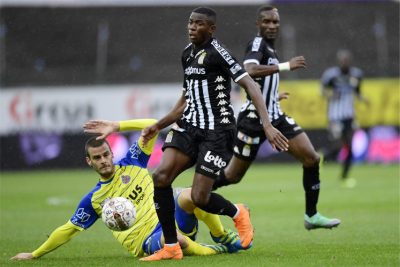 Of all four players up for consideration to replace Odion Ighalo against South Africa, Victor Osimhen is the one most widely
regarded as a true centre forward.

However, he is not only the youngest and the least experienced, he has also been away from the national team for longest.

Picking up the pieces of his young career after his misadventure at Wolfsburg, Osimhen will be keen to continue his progress with the Super Eagles.

Now with Charleroi in the Belgian Pro League on loan from Wolfsburg, Osimhen is firing again.

The 19-year-old, who emerged onto the scene after scoring a record 10 goals in the FIFA U-17 World Cup in 2015, played 16 Bundesliga matches in two seasons for Wolfsburg without scoring.

But now in Belgium he has scored six goals in 11 matches, re-enacting the form he showed the world three years ago.

Incidentally, the last time Osimhen played for the Super Eagles – his second and last cap to date – was against South Africa in Uyo in 2017 when he came on as a late substitute in the infamous 2-0 defeat at the beginning of these qualifiers.

Will he be trusted again by Rohr? Has he done enough at club level to earn a start? Will Rohr consider Osimhen’s 2015 connection with Samuel Chukwueze?