Nigerian forward, Isaac Success, made a cameo appearance as Watford suffered their first defeat of the campaign following a 2-1 home loss to 10-man Manchester United at the Vicarage Road on Saturday, reports Completesportsnigeria.com.

He has featured in all five Premier League games for the Hornets this season. 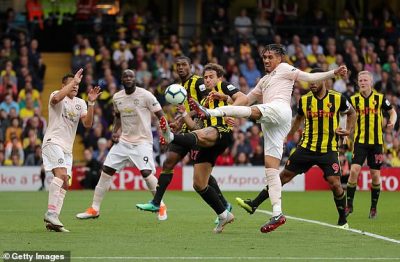 It took Jose Mourinho’s men three minutes to add to their lead with Chris Smalling volleying home a sublime effort past Ben Forster from six yards.

Andre Gray reduced the deficit for Watford in the 65th minute firing the ball into the net from Abdoulaye Dacoure’s cross.

United were reduced to 10 men when Nemanja Matic was sent off late in the game for a foul on Will Hughes. 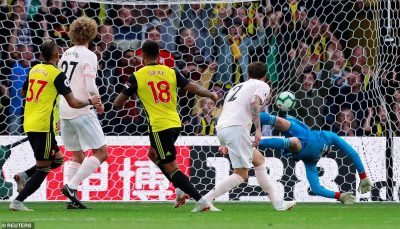 Christian Kabasele came close to grabbing an equaliser for Watford in the last minute of added time but David de Gea produced an incredible save to deny them.