SUPER EAGLES BEST XI: How Nigeria Should Line Up Vs Croatia The Super Eagles are one day away from the start of their 2018 FIFA World Cup 2018 campaign. Completesportsnigeria.com’s JOHNNY EDWARD a best XI, based on performances in recent friendly matches, in a potential 4-3-3 formation for the game against Croatia, barring any last minute change or injury…

It’s unfortunate that Francis Uzoho could only manage two appearances for the first team of Deportivo La Coruna before his move to the B team in the third division in Spain where he kept 15 clean sheets and conceded 17 goals in 26 appearances.

Since his debut for Nigeria in their 4-2 international friendly win over Argentina last November, the 19-year-old has continued to grow in confidence and composure in goal for Nigeria. Though he has kept only one clean sheet in six appearances for Nigeria, Uzoho remains the best performing goalkeeper in the team at the moment. With Ikechukwu Ezenwa apparently no longer first choice and Daniel Akpeyi still not back to his very best, Uzoho remains a sure bet to be in goal for Nigeria.

With Shehu Abdullahi struggling to replicate the form that he showed in the qualifying campaign, Tyronne Ebuehi is ready to step in. The youngster, who just joined Portuguese giants Benfica, has been impressive in the pre-World Cup friendly matches and seized the opportunity to show he can dislodge Abdullahi if given the opportunity. Ebuehi covers the whole of the right flank energetically, doing his defensive duties diligently while contributing to the attack.

Idowu’s hunger, pace and tireless runs down the left flank have seen him preferred to Echiejile who is in the twilight of his international career.

The Amkar Perm defender has started in all games for Nigeria since he came on for Ola Aina on his debut against Argentina last November.

Leon Balogun and William Troost-Ekong, nicknamed the Oyinbo Wall, have formed a great partnership playing together in the heart of the Super Eagles defence. They look guaranteed as the first choice starters as centre backs for the team, if Balogun shakes off the knock he picked in training. Ekong’s aerial prowess and pace have also been complemented with Balogun’s brilliance with his ball-winning and passing skills. 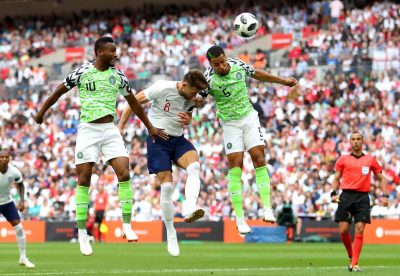 Since posting that outstanding performance for the Super Eagles when he came on as a second half substitute against England, John Ogu is gradually getting back to reckoning in the team. His performances for his club Hapoel Beer-Sheva saw them win a third consecutive league title in Israel last season. His versatility playing as a centre-back and as a defensive midfielder for the Super Eagles makes him a choice in midfield ahead of off-colour Ogenyi Onazi. Ogu’s ball playing abilities and aerial presence have seen him play his way back into Gernot Rohr’s plans again for the game against Croatia on Saturday.

Ndidi enjoyed an outstanding season with Leicester City in the English Premier League until he sustained a hamstring injury. The 21-year-old midfielder was perhaps the most in-form Nigerian midfielder until his injury. The combative, tough-tackling midfielder is expected to play a part in Saturday’s opener against Croatia at the Kalinigrad Stadium.

Ndidi, who was voted Leicester City’s Young Player of the Year, flourished playing alongside Onazi in the defensive midfield role during the World Cup qualifiers where Nigeria finished as group winners. 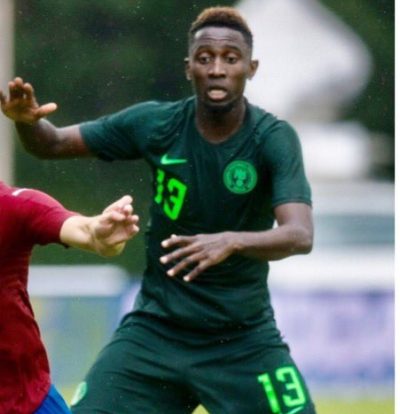 The Super Eagles captain Mikel Obi brings the creative spark for the team going forward. His wealth of experience will be massively needed for the team to unlock tight defences. His guile and calmness on the ball helped the team dictate the pace of the game during the qualifiers. If the Super Eagles are to shine in Russia, Mikel must be at his very best to help the team blossom.

Alex Iwobi has shown in crucial games that he can be relied upon as a creative spark for the team.

Iwobi was Nigeria’s best player in their last two defeats to England and Czech Republic in pre-World Cup games. He is a better threat that the Ahmed Musa, whose scoring form improved when he joined CSKA Moscow on loan from Leicester City in January. Musa scored seven goals in 16 appearances for the Russian side after a miserable first half of the season with Leicester City, where he made only one appearance for the first team.

Victor Moses had an outstanding season for Chelsea in the English Premier League as the dethroned champions salvaged their season, winning the Emirates FA Cup. Moses has been performing well at the top level and his freshness heading into the World Cup will offer the Super Eagles another dimension in attack.

Odion Ighalo is almost certain to start for Nigeria at the 2018 FIFA World Cup. Ighalo has shown that if he gets the creative support from his midfield, he will deliver. The former Watford striker is capable of playing alone up front and will trouble defenders with his trickery on the ball and guile. So far this season he has scored seven goals in 11 Chinese Super League games for his team, Changchun Yatai. 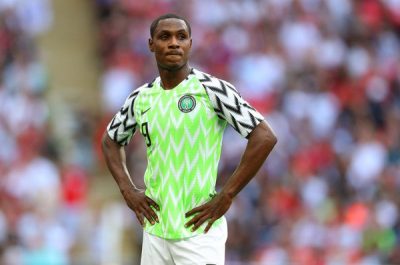