By Nnamdi Ezekute in Kaliningrad:
The Super Eagles arrived Kaliningrad  on Thursday evening, but breezed out of the airport at exactly 6:40pm and headed to their hotel to the disappointment of some fans who came to welcome them, Completesportsnigeria.com reports.
The time of the Eagles’ arrival in Kaliningrad coincided with time that a ruthless Russian team were pummeling Saudi Arabia 5-0 in Thursday’s 2018 World Cup opener in Moscow, which placated a handful of Russians who came to the airport to wait for the arrival of the Nigerian team while watching the home team’s game on television inside an airport bar. 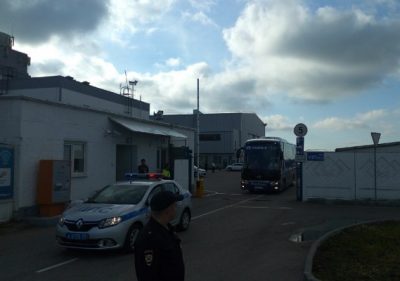 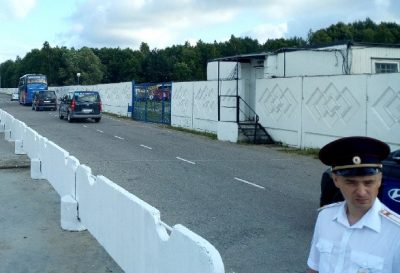 Following a persistent pestering of airport officials for information on the Super Eagles, the fans were later told that the team won’t meet them on arrival because the arrangement was that they would leave through a secluded tarmac gate of the airport heavily manned by police.
Complete Sports and a few other Russian journalists were however allowed to join the police men at the tarmac gate. But everyone could only watch as the Super Eagles’ bus with heavily hinted windows zoomed off with a long police convoy.
“That’s not good, I came to the airport to see the Nigerian team, but I saw only the driver of the bus,” a young Russian girl, ksenia krasavtseva, who came to the airport with her future stepfather told Complete Sports.
“I thought that this World Cup is also for the fans to meet the stars of the tournament, but it didn’t happen here. My mom will be disappointed too, because she told me to get good photos.” 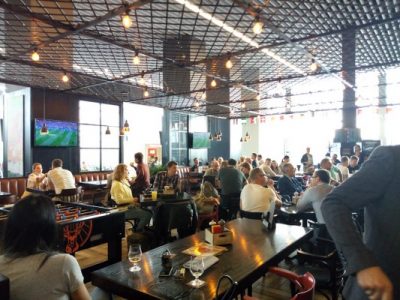 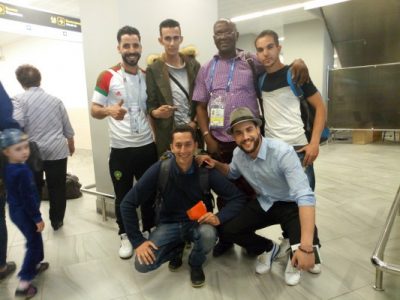 Some morocco fans were also at the the airport hoping to see the Super Eagles from close range on arrival.
Jamal Bakkich who spoke English told Complete Sports: “We wanted to see the Nigeria team here, shake hands with the  players and take photos with them, but we missed out on that. They had other plans, it’s okay for them.
“We are in Kaliningrad to support our team (Morroco). We have a very strong team, and I hope that they will get a good result in our first match against Spain in Kaliningrad.
“Nigeria is my second favourite team after Morocco in this World Cup.  So I really want Morocco and Nigeria to make great progress in this World Cup.”
Copyright © 2020 Completesports.com All rights reserved. The information contained in Completesports.com may not be published, broadcast, rewritten, or redistributed without the prior written authority of Completesports.com. How I make $10,000 monthly in Online SALES? apply the *Social Media Marketing Strategy* and watch your account balance swell. Buy eBook NOW!!!