Super Eagles Killed The Lions With ‘Chair’, Zambia’s Copper Bullets To Die Too! Victory is sweet, and when the warriors achieve it in spectacular fashion, the stakeholders feed on it with so much relish in form of joyous reviews and analysis, fanatic banters, tantrums at the vanquished and some haphazard hypothesis about the making of a famous win such as the Super Eagles’ against Cameroon.

All Nigerians are stakeholders in the Super Eagles – the team that represents the nation. If the team was an incorporated company, the about 190 million Nigerian populace would be its shareholders.

Nigerians share in the joy and national pride that Super Eagles’ victories bring to the table and as well in the degradation from any woeful outing.

Nigerians have savoured the famous Super Eagles’ 4-0 win over the ‘Indomitable Lions’ of Cameroon and the impressive 1-1 draw the team bagged in Yaounde. A 5-1 aggregate win over two legs against an arch-rival in FIFA World Cup qualifiers is worth celebrating, more so on the heels of a recent setback. On June 10 2017, Bafana Bafana of South Africa preyed on a depleted Super Eagles in a 2019 AFCON qualifier in Uyo. That left all of us Nigerians with a soiled national pride.

For me the celebration of that national pride restoration with a Cameroon annihilation was with caution. Football is an eternal fickle. Even for a winning team, two games against the same opponents do not always pan out. Cameroon, for instance, lost scandalously in the first leg of their double-header against Nigeria in Uyo. They identified their undoing, shedded some arrogance and came down from their high horse before they played better football in the second leg in Yaounde, But it was too late for them to salvage things against a more talented and niftier Nigerian side.

After the matchday-3 in the Group B, the ‘Group of Death’ in the CAF 2018 FIFA World Cup qualifiers, Nigeria were cruising on the fast lane with three wins, but then the rest in the group were not yet dead and buried. The wounded Lions of Cameroon, Zambia and Algeria were all living on mathematical chances of qualifying ahead of Nigeria. I thought seriously, ‘football is too dynamic and a winning team must not leave anything to chance.’

Zambia and Cameroon, with sheer motivation from the mathematical chances at their sight, simply went for broke on matchday-4. The Chipolopolo (Copper Bullets) got it right with the 1-0 away win against Algeria. This result has breathed huge life into the young Zambian team, now radiating with a stronger self-belief as they challenge for a world Cup slot at the expense of Nigeria.

The Indomitable Lions played out of their skin in Yaounde, but Super Eagles were too strong in their way. While they succeeded in slowing down Nigeria’s speed in the race, Cameroon’s 2018 World Cup hopes completely went extint.

Zambia’s threat to Nigeria’s 2018 World Cup dream is real, just as the Super Eagles posing a stumbling block to their dream World Cup debut is a bigger threat. So everything point to a nervy match between the two sides in Uyo on October 7.

The moment Zambia earned those lifeline three point in Algeria, the talking points in conversations about the Group B changed from Nigeria’s roller coaster ride to a modest Zambian side which is ambitiously turning a cul-de-sac into an avenue of opportunity. 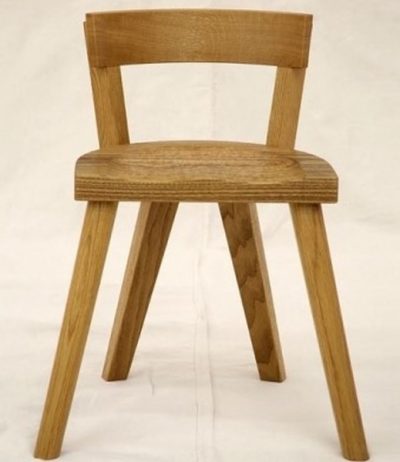 I am very curious about what antidote the Super Eagles must put to use to undo the Chipolopolo’s firepower and resistance in Uyo.

I have found an answer, quite easily. It’s a winning formula that coach Gernot Rohr and his Super Eagles stars are quite familiar with. In fact, it’s exactly the formula they put to use and snuffed life out of Cameroon in Uyo.

Super Eagles must not take anything for granted just because they beat the Chipolopolo in Ndola on matchday-one. The Eagles must adopt that defiant winning mentality, poise and killer mien which took out the Lions’ lives in Uyo. That’s what I’m dealing with here, certainly not with the kid gloves. The antidote is encapsulated in a ‘CHAIR’ formula that I stumbled into recently.

A friend, a Zoology graduate, told me recently that a clever lion tamer uses wooden chair as one of his key tools in making the the big cat succumb, submitting to training routine and commands without being violent. It’s the four-legged chair that all of us know and use everyday.

His explanation, a pure fact, was that lion and other animals in the big wild cat family are single-minded.

Single-mindedness makes lion the typical brute carnivore it is. While it is very powerful, it’s not such an intelligent animal. It is too focused and too resilient to a fault on it’s goal and mission. Lion hates distraction, but often in a foolish manner.

The zoology expert explained that a chair, as a strange object standing on four legs, weakens the lion’s sense of reasoning when dragged to produce motion. So a lion is likely to become quiet with this trickery simply because it’s thought process has been distorted, but obviously not out of fear.

I was simply wowed by this revelation.

Are you now thinking aloud? In literal sense, your guess is as good as mine regarding reasons the Super Eagles dominated and beat the Cameroon’s Lions ‘black and blue’ in Uyo and then came out from their Yaounde den unscathed. 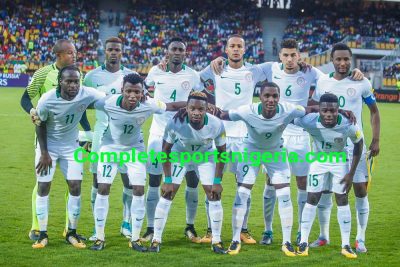 Seriously speaking, ‘Chair’ can be adopted as an axiom for a football team’s match strategy. It could simply represent a team’s coded game plan that can ultimately confound the opponents. ‘Chair’ as an axiom could represent the key players, including a joker, on whose experience and rare talents the coach structures his game plan and playing philosophy.

If you ask me, the Super Eagles’ ‘Chair’, for now, is the foursome of Mikel John Obi, Victor Moses, Leon Balogun and Odion Ighalo.