Football. The Beautiful Game. Every single day millions of kids, teenagers, adults and even pensioners put on their shin pads and pull up their socks all over the world for an hour of two of pure bliss.

It’s no surprise that from a young age people of all nationalities, faiths and races are drawn to the magic that surrounds football. Some favour the wags and the wages, others the fame and the fun or the passion and the pride. Back in 2010 men all over the world winced in unison as Benoît Assou-Ekotto admitted that he only saw football as ‘a job’.

Whatever your reason for playing football, there is no greater honour than representing your country at a major tournament, let alone winning one. How do you win a major tournament? In short, you assemble the best team, and like every other nation, Nigeria are trying to do just that. The international tug of war that seems to rear its ugly head as players attempt to navigate the minefield of national eligibility is becoming a common occurrence, and one which the ‘lesser’ nations historically lose out on. The red tape that surrounds international eligibility is more complex than an Ikea instruction manual, however, the bottom line appears to be that many players are now able to pick and choose where they wish to ply their trade thanks to the multi-cultural society that we live in.

Historically Nigeria have lost out on some major talent to a range of different nations, Emmanuel Adebayor opted for Togo, Sidney Sam opted for Germany, Angelo Ogbonna opted for Italy and David Alaba now captains Austria. There are however signs that times are changing. 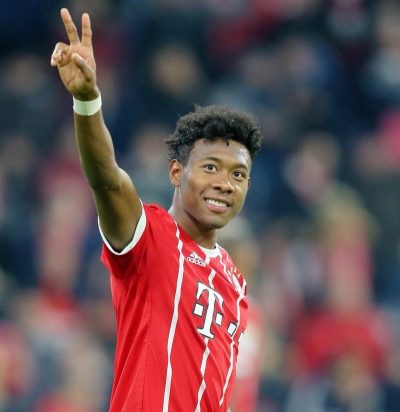 Nigeria were the first African team to qualify for Russia 2018 after Alex Iwobi scored the winner in a 1-0 over Zambia back in October. The commitment of match-winner Iwobi to play for Nigeria is a real coupe. The young nephew of Nigerian legendary captain Jay-Jay Okocha has recently established himself in Arsenals senior squad and has a huge future ahead of him both in club and international football. Iwobi will be hoping he can achieve what his uncle couldn’t and help guide the Super Eagles to World Cup Glory. The latest online betting odds put Nigeria as 150-1 rank outsiders, although you could be likely to see those odds shorten.

The current squad Super Eagles is the strongest that it has been in years and showed this recently with a gutsy performance to overcome a 2-0 deficit against the fourth best team in the world Argentina, according to FIFA rankings. This is exactly the type of performance that Nigeria will be looking for if they are to attract more players of Iwobi’s quality.

Nigeria are currently in a unique position of being able to offer a whole host of young talent the opportunity to play in the world’s elite competition. Many of the ‘larger’ nations already have well-established squads with little room for manoeuvre. The longer young players have to wait to make their international debut, the more their eyes may start to wander to pastures new, particularly when these squads are of high quality.

There is no doubt that the Super Eagles will be keeping a close eye on the likes of Chelsea’s Tammy Abraham, who made his England bow in friendlies in November, Everton’s Ademola Lookman and Reading’s Tiago Ilori. All three along with a whole host of young talent are yet to cement themselves to a national team and would surely jump at the chance to test themselves against the world’s elite. With Russia 2018 just around the corner, you can expect Gernot Rohr to look to strengthen his squad wherever possible as he aims to take Nigeria where no African team has been before, the World Cup Final.