The History Of Rugby The game of Rugby began in 1820, athletes played this sport in place of soccer. The players could catch the ball and kick it out of their hands. There were also no limitations to the number of players on each team. With an unlimited number of players on each team, this led to games often lasting up to as much as five days. Another history fact, there were no rules at that time for Rugby players.

Soon by 1830, a rule was put in place that running with the ball was an acceptable play. Although the first written rules were not introduced until 1845.

In 1845, the first rules emerged into the game. Such as a touchdown did not count unless it is converted; so, it was a try or attempt at goal. All matches were drawn after five days, but drawn after three if no goal has been kicked.

The Rugby ball itself was round and changed shape over time to the oval it is today. The size varied depending on the size of the pig’s bladder that they were made from.

Rugby has spread from its elitist origins in England, Scotland, and Ireland to middle- and working-class men in north England and in Wales then to the British colonies.

In the latter part of the 20th century, both rugby union and rugby league were affected by the growing influence of commercialism and television. The development of the World Cup competitions showed enormous growth for rugby football in the decades leading to the 21st century.

Rugby retains a strong social and cultural atmosphere where play on the field is only part of the experience. Rugby-playing countries, success on the field often translates into success in professional life, as rugby clubs and associations form the basis for strong local, national, and international social networks. 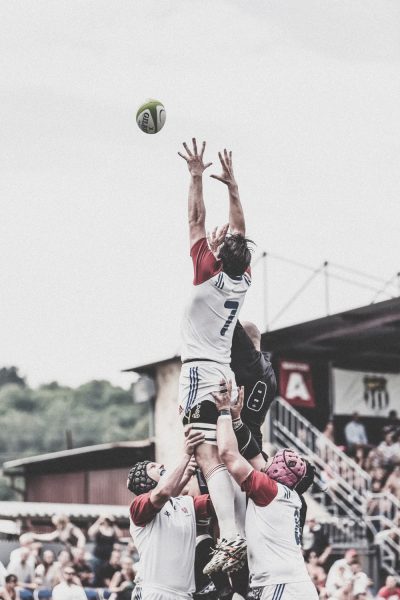 By Hannah Moses a contributing author for Rhino Rugby