Most ardent followers of Nigeria’s Super Eagles were surprise to see the Bordeaux of France winger play in a new right wing-back position against the Bafana Bafana of South Africa.

Kalu was favoured ahead of Torino of Italy defender, Ola Aina for the position and he proved his versatility by handling the task with dexterity. His cross was diverted into the net by a South African defender for Nigeria’s only goal of the game and he was lively all through. 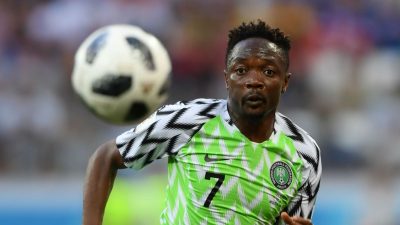 Many questioned Ahmed Musa’ decision to move to Saudi Arabia after his impressive showing for Nigeria at the 2018 FIFA World Cup in Russia. To them, playing in such an obscure league after his ill-fated move to English Premier League side, Leicester City, will adversely affect his game, but ‘Alhaji Musa’ as he is fondly called by some of his admirers, has continued to prove all of them wrong.

Against Bafana Bafana on Saturday, his pace and trickery were just too much for the opposition to handle and he was denied two good goals as a result of a questionable calls by the officials. Who says Musa is finished?

The Arsenal man started Saturday’s game brightly but fizzled out completely afterwards. It was a surprise Iwobi stayed long on the pitch before he was replaced by Semi Ajayi in the closing stages of the game. To be the number 10 Super Eagles’ fans are craving for, the Arsenal man will need to be more consistent in his game. 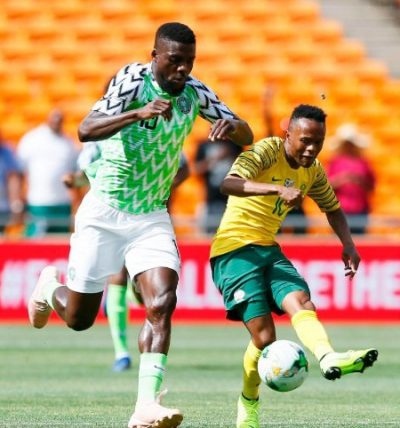 The duo of Wilfred Ndidi and Odion Ighalo have proven to be key members of the squad in recent times. Ighalo, after a shambolic showing at the World Cup in Russia has rediscovered his scoring form and netted six goals in his last three appearances for the Super Eagles.

He was absent against Bafana Bafana due to injury, and was sorely missed as his replacement, Kelechi Iheanacho was poor all through. The Super Eagles’ attack looked redundant in his absence except for Ahmed Musa who threatened the opponent a couple of times.

Ndidi missed the game due to suspension, and the duo of Oghenekaro Etebo and John Ogu failed to gain foothold of the midfiled in his absence especially in the first half. 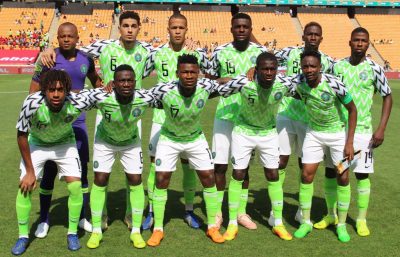 The Nigeria captain of the team is yet to appear in any of the qualifying games. Mikel’s last appearance for the Super Eagles was against Argentina in June. Eagles have won three of their last four games in his absence, but the Tianjin Teda of China midfielder’s experience and cool demeanour would still come in handy especially with Iwobi’s inconsistency.