Super Eagles defender William Troost-Ekong is in line to make a return to Bursaspor’s starting line-up on Saturday when they host Sivasspor in Turkish Super Lig, reports Completesportsnigeria.com.

Troost-Ekong was sent off in Bursaspor’s 5-0 defeat against Galatasary three weeks ago.

The 24-year-old defender missed Bursaspor’s 1-0 win over Kayerispor but made his team’s match day squad last weekend in their 2-1 defeat to Osmanlispor.

The former Gent and Haugesand defender has played 22 games for Bursaspor this season and has scored twice.

Troost-Ekong’s compatriots Mikel Agu and Abdulahi Shehu are also expected to feature in the match. 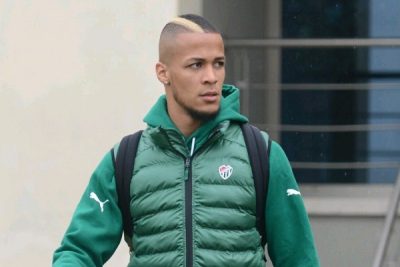 Agu has made 18 league appearances this season and has scored twice while Shehu, who joined in January, has played seven games.

In the German Bundesliga, Super Eagles defender Leon Balogun could also be restored to the starting line-up of Mainz when they take on Eintracht Frankfurt on Saturday.

Balogun was sent off for a second bookable offence in Mainz 05’s 0-0 draw against Hamburg and has since served his one-match suspension, sitting out in his side’s draw against Schalke last weekend.

Balogun,29, has made 12 Bundesliga appearances for Mainz this season.

Fit-again Victor Osimhen will be looking forward to his 10th Bundesliga apprearance for Wolfsburg this season when they host Schalke 04 in Saturday’s German Bundesliga clash at the Volkswagen Stadium.

The Nigerian international missed his side’s last two defeats to Bayer Leverkusen and TSG Hoffenheim due to a calf injury but has rejoined the squad.

Osimhen has made two Bundesliga starts and nine substitute apprearances this season.

The 19-year-old has been an unused substitute in 10 games this season.