Udinese defender, William Troost-Ekong, was virtually in cloud nine after the team’s 1-0 home win against Sampdoria at the Dacia Arena, Udine on Sunday – their first win of the season, Completesportsnigeria.com reports.

Rodrigo de Paul scored the winning goal for Udinese in the ninth minute of the encounter.

Troost-Ekong completed the entire 90 minutes of the game against Sampdoria just like he did the previous week against Parma. 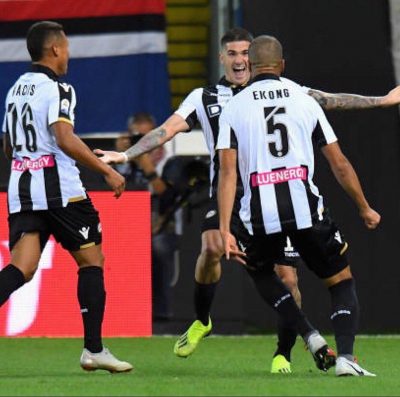 Udinese’s next game is against Fiorentina on Sunday at the Stadio Artemio Franchi, Firenze.