Super Eagles’ defender, Troost Ekong is now a father of a bouncing baby boy as his partner of five years put to bed on tuesday 24th July, 2018.

Completesportsnigeria.com back in April reported that the defender was expecting a child with his partner just before the russia 2018 campaign.

Ekong who played an active role in the Super Eagles defence in Russia would have a cause to smile now despite his side crashing out of the world cup after losing to Argentina at the group stage.

The obviously delighted father, took to his social media handles to announce the birth of his son named Oscar. He shared a photo of him cuddling his son which of course, got a lot of congratulatory messages on his comment box especially from his co-players and notable celebrities. 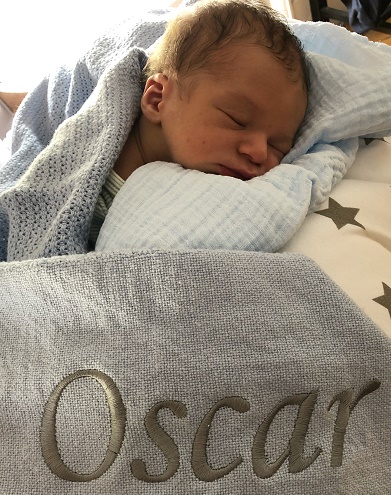 Born in Netherland into a mixed Dutch and Nigerian family, William Troost Ekong previously played for the Netherland under 20 team before opting to play for the Nigerian side. He started his senior career playing for FC Groningen and FC Dordrecht both in Netherland respectively after previouisly playing for fulham and Tottenham in England at youth level.

He currently plays for  Turkish club Bursaspor of the Süper Lig.