Bale came on as a substitute to score two goals – the first of which was an acrobatic overhead kick as Zinedine Zidane’s men beat Liverpool 3-1 to become European champions for a record 13th time.

The former Tottenham Hotspur player said afterwards that he has not played as much games as he would have liked in the concluded season and will discuss his future with his agent Jonathan Barnett.

“I feel that I need to be playing every week. It’s something that I’ve always wanted to do and it hasn’t happened here this season for one reason or another,” Bale told reporters after the game.

“If it’s not the case here then it’s something I’ll sit down and consider. I’ll have plenty of time to relax now and think about things, and see where things go.

“I really don’t know (where I will be). I’m going to have to sit down and discuss it with my agent. Maybe I’ll be staying here, maybe not. We’ll sit down in the summer and hopefully resolve this issue.” 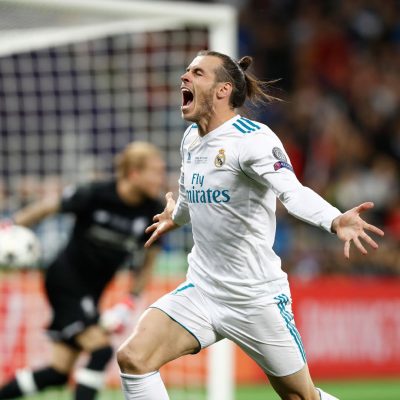 The 28-year-old who was voted man of the match in the Champions League final admits that he was disappointed to left on the bench for the final.

“In my head, I felt like should have started, I’ve been playing well enough to start,” he said.

“But I know the team is not about 11 players, it’s about squad, and you have to come and make an impact, and that’s what I did.

“I have to say it is (the best goal I’ve ever scored). On the biggest stage in football, to score like that is a dream come true. I’ve never scored bicycle-kick before, I’ve had many attempts, so it was nice to see one go in on such an important occasion.”