Roberto Firmino snatched a late winner for Liverpool who opened their UEFA Champions League campaign in group C with a 3-2 win against Paris Saint-Germain at Anfield on Tuesday.

Two goals in six minutes from Daniel Sturridge and a penalty from James Milner gave Liverpool a 2-0 but Thomas Meunier halved the deficit five minutes before the break for PSG.

French winger, Kylian Mabppe hauled PSG level in the 83rd minute only for substitute Firmino to win it for Liverpool at the death.

In the other group C game, Red Star Belgrade played out a goalless draw with Napoli. Liverpool lead group C after matchday 1.

In group A, Atletico Madrid came from a goal down to defeat Monaco 2-1 at the Stade Louis stadium.

Samuel Grandsir gave Monaco an 18th-minute lead but Diego Costa close-range strike restored parity for the Atletico Madrid. Jose Gimenez struck in the 45th minute to give the UEFA Europa League winners the crucial away win.

In group D, Goals from Garry Rodrigues in the ninth minute, Eren Derdiyok in the 67th minute and a 90th-minute penalty from Selcuk Inan secured a matchday 1 win for the Turkish Champions, Galatasaray. 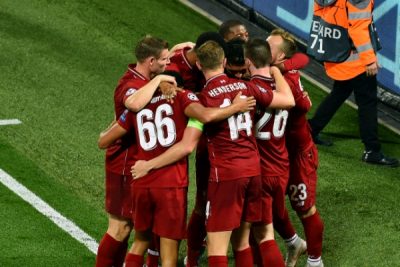 At the Veltins Arena in ‎Gelsenkirchen, Germany which hosted the other group D encounter, between FC Porto and Schalke 04 saw both teams earn a share of the spoil.

Breel Embolo scored the opener for Schalke in the 64th minute of the game before Otavio secured a point for the Portuguese side from the spot in the 75th minute.