Idowu who was making his first appearance for the club since he arrived featured for the entire duration of the defeat and was yellow carded in the 60th minute of the defeat.

His compatriot, Onyekuru came off the substitute’s bench to replace Derdiyok with eight minutes left to play for his seventh appearance in the competition having made six last season with Anderlecht where he failed to score in those encounters. 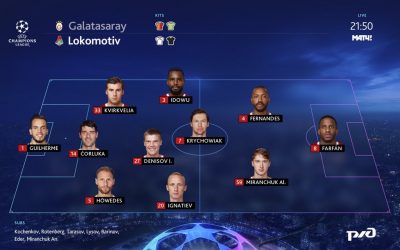 In the other group D encounter, Chidozie Awaziem was benched in Porto’s 1-1 draw away at Schalke 04 at the Veltins Arena in ‎Gelsenkirchen, Germany. Breel Embolo scored the opener for Schalke in the 64th minute of the game before Otavio secured a point for the Portuguese side from the spot in the 75th minute.

The 21-year-old is yet to make an appearance for FC Porto this season.