UEFA has listed Nigerian forward, Henry Onyekuru among the star players that will make huge impact in the Champions League this season, Completesportsnigeria. com reports.

Onyekuru is on loan at Turkish champions Galatasaray
from English Premier League side, Everton.

The highly rated striker has settled down well at his new club and opened his goal account in the Fathi Terim’s team’s 1-0 win against Goztepe in the Turkish Super League last Sunday.

This is the first time Onyekuru will be featuring in the UEFA Champions League.

He only linked up with Everton from Belgian club, KAS Eupen last season but was immediately loaned out to Anderlecht. 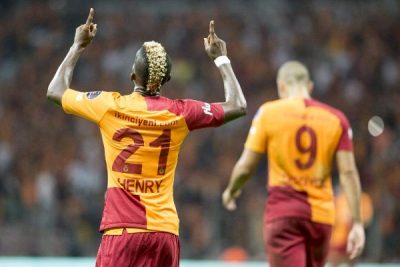 He picked up a knee injury while in action for Anderlecht against his former club, Eupen in December and didn’t made an appearance again.

The injury also put an end to his chances of fighting for a place in Nigeria’s squad to the 2018 FIFA World Cup in Russia.