The Super Eagles will be guests to the Three Lions of England in a friendly game at Wembley Stadium on Saturday, June 2. Both countries are using the game as part of preparations for the 2018 FIFA World Cup in Russia. Ahead of the game, Completesportsnigeria. com’s JAMES AGBEREBI examines England’s record against African countries…

Egypt hosted England in Cairo in a friendly game in 1986. It was the first time ever England would face an African team

Also it was part of England’s preparations for the 1986 World Cup in Mexico as they were grouped with Morocco.

England spanked  Egypt 4-0 right in front of their fans.

The 1990 FIFA World Cup saw England and Egypt drawn in the same group with Republic of Ireland and Netherlands.

After drawing against Netherlands and Republic of Ireland, England secured qualification into the round of 16 with a 1-0 win against Egypt in their last group game.

And in their last meeting which was in a friendly game in Wembley Stadium in 2010, England beat Egypt 3-1.

The Super Eagles of Nigeria and England have met two times with England securing a win, and the other game ending in a draw.

The first meeting between both countries was in 1994 – a friendly game played at Wembley Stadium which England won 1-0.

David Platt scored the only goal of the game with a header off a free-kick.

At the 2002 FIFA World Cup, Nigeria and England were drawn in the same group that also had Argentina and Sweden.

The game ended a 0-0 draw with England qualifying for the Round of 16 with Sweden, while the Eagles crashed out with Argentina. 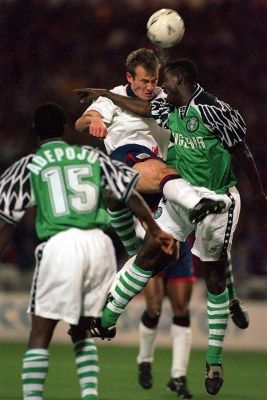 The only time England and Algeria ever crossed path was in a group stage game at the 2010 FIFA World Cup in South Africa.

Algeria were able to hold a star-studded England side to a 0-0 draw.

Both countries have clashed four times with England claiming three victories. The other match ended in a  draw.

Their first encounter was in a dramatic quarter-final clash at the Italia 1990 World Cup which England won 3-2 after extra-time.

In another friendly game in 1997, England once again triumphed 2-0.

Their last tie was also a friendly game which was played before the 2002 World Cup in Korea/Japan which ended 2-2. 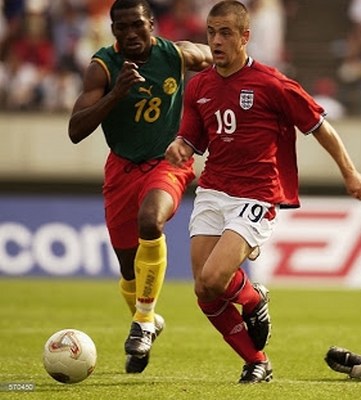 Mexico 1986 World Cup was the first time England and Morocco played against each other with the game ending 0-0.

England and Morocco were drawn in the same group, with both countries advancing into the Round of 16.

Their last clash was in the King Hassan ll Cup in 1998 which England won 1-0.

The only encounter between England and Ghana was in a friendly at Wembley Stadium in 2011.

England and South Africa have met twice and both occasions were friendly games.

A friendly game in 1990 was the first time England and Tunisia clashed. The game which was played in Tunisia ended in 1-1 draw.

Their second meeting was in the group stage of the France 1998 World Cup which England won 2-0.