Officials of the University of Birmingham are in cloud nine after the city won the hosting right for the 2022 Olympic Games.

Also, staff and students of one of the UK’s leading universities noted for providing a world-class training environment on its Edgbaston Campus, are looking forward to having athletes compete for honours in the campus.

“Birmingham is a global university and we have invested significantly in new sporting facilities that match the reputation we enjoy around the world. I look forward to welcoming athletes from every part of the
Commonwealth to our beautiful campus and wish them every sporting success
for the Games.”

“Since becoming a student at Birmingham I’ve had the benefit of being able to study, train and play on this fantastic campus, with world class facilities and support,” she stated.

“A home Commonwealth Games in Birmingham 2022 will certainly be an
incentive for me to continue playing to make the England team for 2022,
and play on home ground here on campus. I’m sure it will also inspire many
other young players to live their dream of playing for England in a major
Games on home turf.” 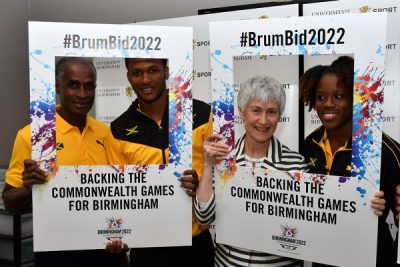 “The city of Birmingham and the University has a long and pioneering heritage and passion for sport, and this is a once in a lifetime
opportunity to welcome the world to a recently transformed city, and a global sporting city. We are absolutely delighted to be a part of such an exciting project for the city.

“With the University’s new world-class facilities, including hockey and squash, having the Games here will truly recognise Birmingham as a city of sport, and a city with the venues and capabilities of hosting such
exciting international sporting events.”