By Johnny Edward:
Super Eagles goalkeeper Francis Uzoho made his debut for his Spanish Segunda side, Elche C.F. in Thursday’s 2-1 win over Granada in a Copa Del Rey Second Round clash at the Estadio Manuel Martínez Valero in Elche, reports Completesportsnigeria.com.

The Nigeria goalkeeper joined Elche from Deportivo La Coruna after the Spanish club were relegated from the top tier division. 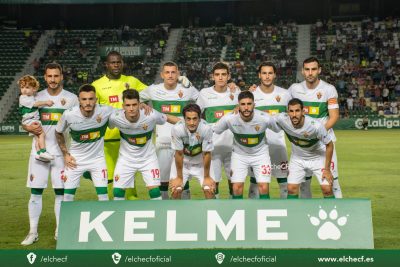 Jonathan Niguez gave the hosts Elche the lead from spot-kick in the 41st minute and Daniel Provencio made it 2-0 in the 68th. Pablo Vazquez scored a consolatory goal for Granada when he beat Uzoho from close range in the 81st minute of the encounter.

Uzoho is expected to make his Segunda debut for Elche this Sunday when they host RCD Mallorca.

At the Carlos Belmonte Stadium in Albacete, Spain, Ramon Azeez played all 90 minutes for Lugo who defeated Albacete 3-2 in a nervy Copa Del Rey clash.

In Finland, Macauley Chrisantus came on for Eetu Vertainen in the 69th minute for ten-man HJK Helsinki who won 2-0 over IFK Mariehamn. It was his fifth Finnish League start for HJK Helsinki since he joined the club.