VICTORY OR NOTHING: Five Things Super Eagles Must Do To Beat Iceland Ahead of Super Eagles’ crucial Russia 2018 World Cup clash against Iceland at the Volgograd Arena on Friday, Completesportsnigeria.com’s ADEBOYE AMOSU recommends five things the team must do to beat the World Cup debutants…

ROHR SHOULD TINKER WITH HIS FORMATION
The Super Eagles seem more accustomed to a play a  3-5-2  formation than 4-3-3 these days and it showed in their last two friendlies against England and Czech Republic.
Even though they lost both matches, they team played better when the coach switched to 3-5-2 from the less effective 4-3-3.
Handler of the team, Gernot Rohr,  should seriously think of going for a 3-5-2 against Iceland and also use the right personnel.

SOLVE THE MIKEL CONUNDRUM
Former Super Eagles captain Austin Jay Jay Okocha and one-time Chelsea coach Jose Mourinho, who handed Mikel Obi his debut at Stamford Bridge, both criticised the decision to play him in a more attacking role rather than a deeper position in the  defeat to Croatia.
Mikel was poor in that role and it was one of the reasons the Super Eagles failed to gel in the game. He lacked the pace to press opponents up field and affect the game positively.
The fact is Mikel is more accustomed to playing as a deep lying midfielder, a position  he has played since the start of his career at Chelsea, although to be fair to Rohr Mikel has played an attacking role for two years under him. However, playing Mikel in the deeper position will get the best out of him and rub off positively on the team as well.

SUPER EAGLES MUST SHOW MORE URGENCY
One of the key flaws noted in the Super Eagles’ 2-0 loss to Croatia was their lack of urgency. The team did not show enough desire to win the game and it reflected in their overall performance.
They kept passing the ball backwards and did not threaten the Croatia defence for almost the entire game.
Against Iceland, they will need to show a lot of grit and  determination to win the game. 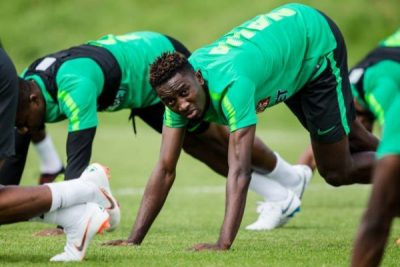 DEFEND SET PIECES BETTER
With Iceland having taller players compared to England, Czech Republic and Croatia who have scored goals against the Super Eagles from set-pieces in their  last three games, then the entire team must find a way of stopping Heimir Hallgrimsson’s men from wreaking havoc from such situations.

ROHR SHOULD NOT BE AFRAID TO MAKE BIG CALLS
Quite a number of the players failed to make much impact against Croatia with obvious good options on the bench. The likes of Shehu Abdullahi, Wilfred Ndidi, Mikel Obi, Alex Iwobi and Odion Ighalo were poor all through.
To get a positive result against Iceland, Gernot Rohr must not hesitate to drop any of them and bring in good replacements.