Following the announcement of all 32 teams final 23-man squads for the 2018 FIFA World Cup, Completesportsnigeria.com’s JAMES AGBEREBI lists 15 top stars who will miss this year’s tournament… 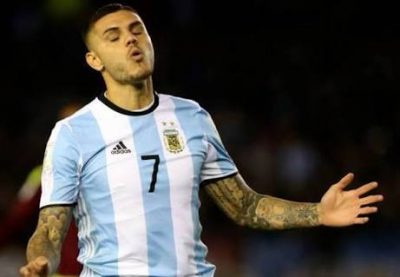 Despite being Serie A top scorer with 29 goals for Inter Milan last season, Mauro Icardi was dropped from Argentina’s final 23-man squad for this year’s World Cup supposedly for personal reasons.

Icardi earned just his fourth cap for Argentina since making his debut in 2013 when he came off the bench in Albiceleste’s crucial 2018 World Cup qualifiers which they won 3-1 and sealed qualifification thanks to Messi’s hat-trick.

Four years ago at the 2014 FIFA World Cup in Brazil, Mario Gotze was the hero for Germany as his goal secured a 1-0 win and the World Cup title against Argentina.

But when Germany’s provisional list for this year’s FIFA World Cup in Russia was announced, Gotze’s name was missing.

The 26-year-old omission did not really raise eye brows as he never really kicked on after his exploits in Brazil.

Last season, he made 32 appearances in all competitions for Borussia Dortmund, scoring just two goals and seven assists.

If there is one player whose omission for this year’s FIFA World Cup shocked not a few, that player is Germany’s Leroy Sane.

Sane, 22, was a sure bet by many to make Germany’s final 23-man squad to Russia but Germany coach Joachin Low had other ideas.

The young Manchester City forward was awarded the Premier League Young Player of the Year following a stellar season for Manchester City which saw them win the EPL title and the Carabao Cup.

He made 49 appearances, scored 14 goals and made 19 assists which were not enough to earn him a spot at this summer’s tournament.

Shedding more light on why Sane, who has won 12 caps but is yet to score for Germany, Low said: “We have good players on the wing in Thomas Muller and Marco Reus. Julian Draxler played a good Confed Cup, and made progress there. It was a tight race between Leroy Sane and Julian Brandt. Both have big qualities, both are good in the one-on-one duels.

“Julian Brandt was at the Confed Cup, had some strong games there, and put in good shifts in the training camp too. Leroy Sane is a huge talent, no doubt, and he will be back with the team in September.”

“Maybe he has not fully arrived in the national team games. Maybe that tipped the balance. He did a good job against Austria, tried to work in defence, went into the transition play. No blame here. And his behaviour off the pitch was good as well.”

It would be difficult to fault Martinez for dropping the 27-year-old as it has been a disappointing season for the former Liverpool man.

In 31 appearances in all competitions for Palace last season, Benteke only found the back of the net three times with six assists.

And commenting on Benteke’s omission from the squad heading to Russia, Martinez described it as his “toughest decision”.

One player who wouldn’t be missed by Belgium in Russia is Liverpool’s Divock Origi.

Origi came to limelight following his performance for Belgium at the 2014 World Cup where he scored his first senior international goal in the 88th minute of a 1–0 win over Russia to qualify the Red Devils for the knockout stage.

His goal against Russia saw him become the youngest player at 19 years, two months and four days, to score at the tournament (until American winger Julian Green scored against Belgium during their round of 16 match) and also the youngest goalscorer in Belgian World Cup history.

But following a poor spell at Liverpool, he was loaned out to Wolfsburg last season but never really did anything of note, scoring seven goals in 37 appearances, with three assists in all competitions.

Another Belgium player who would not be in Russia for the FIFA World Cup is Radja Nainggolan.

Unlike Benteke and Origi, Nainggolan’s axing from the Belgian squad came as a surprise to many judging by his performance for AS Roma last campaign.

Nainggolan did not even make the provisional list despite scoring six goals and 11 assists in 42 appearances in competitions for Roma in his midfield position.

He was on target twice when Roma defeated Liverpool 4-2 in their Champions League second-leg semi-final clash.

A member of the Brazilian side that got to the semi-final at the 2014 FIFA World Cup, David Luiz was not considered good enough for a spot this time around for the 2018 World Cup.

It has not been the best of seasons for Luiz as he has struggled for regular playing time no thanks to injuries.

He could only boast of 17 appearances in all competitions and two goals for the Blues last season.

Ever present in the Danish national team since making his debut in 2006, Nicklas Bendtner however would not be in Russia due to injury.

With 30 goals in 79 international appearances for Denmark, it was a no brainer that Bendtner would lead the line at this year’s World Cup.

Unfortunately, the former Arsenal striker who was named in Denmark’s preliminary 35-man squad, and retained his place when the group was reduced to 27, had to bow out due to a groin injury sustained on club duty.

Once touted as the next big thing to happen to English football, Jack Wilshere has failed to live up to expectations which should not surprise anybody why he did not make England’s 2018 World Cup squad.

Wilshere, who has had an injury-plagued career, managed 38 appearances last season for Arsenal which was not enough to be in Russia.

He was handed an international recall in March for the games against Holland and Italy, but was forced to withdraw 24 hours before the game in Amsterdam due to a minor knee injury.

Yet, his performances at the end of the season forced Southgate to consider him for a place on the plane to Russia before eventually dropping him.

Apart from Jack Wilshere, another not too surprising exclusion from England’s World Cup squad was Joe Hart.

The former Manchester City undisputed number one, has been England’s first-choice goalkeeper for the last three major tournaments – Euro 2012, the 2014 World Cup and Euro 2016, as well as the qualifiers for this summer’s event – but has only played in one of the past five games under Gareth Southgate.

Hart, 31, who has won 75 caps for England, has had a poor season, conceding 39 goals in 19 Premier League games for West Ham – on loan from Manchester City.

The 22-year-old was in and out of Jose Mourinho’s Manchester United team and did not score or assist a goal since February.

The former AS Monaco man made 45 appearances in all competitions for United last season, scored 11 goals and nine assists. 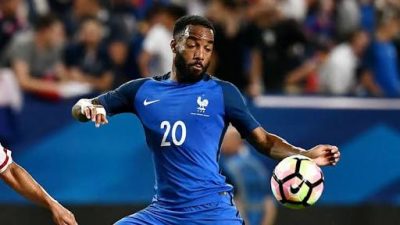 Another player who would feel hard done by not making the French squad is former Arsenal record signing Alexandre Lacazette.

Lacazette looked hungry as Arsenal chased Europa League glory at the end of the season.

But he scored just 14 Prem goals – failing to live up to the £55million price tag the Gunners paid to land him from Lyon last summer.

A 2010 World Cup winner, Cesc Fabregas was not considered for selection this time around for Spain.

Fabregas did not enjoy the best of seasons under Antonio Conte last campaign despite managing to claim an FA Cup title with Chelsea.

He was hardly a regular for Chelsea and also put in some unconvincing performances which hampered his World Cup chances.

There are reports even linking the former Arsenal and Barcelona midfielder away from Chelsea come next season. 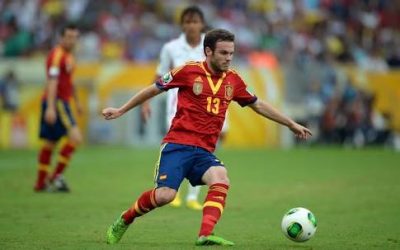 Another World Cup winner with Spain in 2010, Juan Mata was not picked this time, no thanks to an uneventful season at Manchester United last season.

The former Chelsea star featured in 40 outings in all competitions for United last term scoring three goals and seven assists.

In the Emirates FA Cup final against Chelsea which United lost 1-0, Mata only saw three minutes of action as he was brought on in the 83rd minute.

With expectations very high following his arrival, Alvaro Morata failed to spark in his first season at Chelsea which could have cost him a place at this summer’s World Cup.

The former Real Madrid and Juventus striker has struggled since his £60million move last season.

The 25-year-old managed only 11 league goals last season and after falling behind Olivier Giroud in the Stamford Bridge pecking order only appeared as a last-minute substitute in the 1-0 FA Cup final victory over Manchester United.