Former Arsenal manager, Arsene Wenger, has arrived Liberia ahead of being awarded the country’s highest honour by his former player and president George Weah.

In 1988, Weah was signed by the Frenchman to Monaco; a move that kick-started his meteoric rise in football which saw him become the first and only African player to win the World Player of the Year, in 1995.

After leaving football in 2003, Weah went into politics and was successful in his run as president of his country, winning the election by a landslide in January. 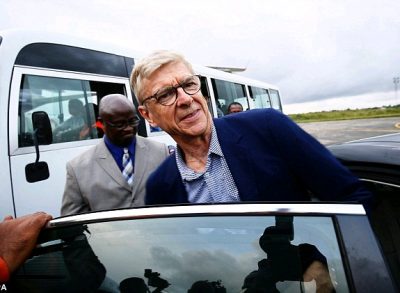 On Wednesday evening, Wenger, who ended his 22-year union with Arsenal at the end of last season, arrived the Roberts International Airport.

The Frenchman is set to be inducted into the country’s Order of Distinction as the Knight Grand Commander of the Humane Order of African Redemption for his contributions to sports in Africa.

During his stay at Arsenal, Wenger coached 16 players from the continent including Nigeria’s Kanu Nwankwo and Cote d’Ivoire defender Kolo Toure who were involved in the club’s last success in the English Premier League in 2004-05. 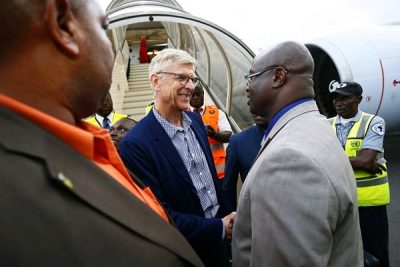