Moore, 44, was announced as Manager of the Month on the Premier League’s verified Twitter handle on Tuesday.

It was a memorable month of April for Moore who replaced Alan Pardew at the start of last month. 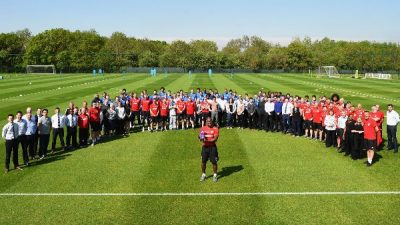 Notable among his team’s wins was their shock 1-0 victory against Manchester United at Old Trafford.

West Brom who were bottom of the table and 10 points adrift when he took over, are now 19th on 31 points and are now two points from safety with one game remaining,

They could however be relegated later on Tuesday when Swansea host Southampton as a win for either side will send Moore’s side down into the the English Championship.