Why Super Eagles Must Be Wary Of These 5 Serbian Stars The Serbian national team lost 2-1 to Morocco last Friday and will be out on Tuesday to redeem their battered image when they take on Nigeria at the Hive Stadium in London.

Completesportsnigeria.com’s Johnny Edward presents five players in the Serbian national team that Gernot Rohr and his men must watch out for. 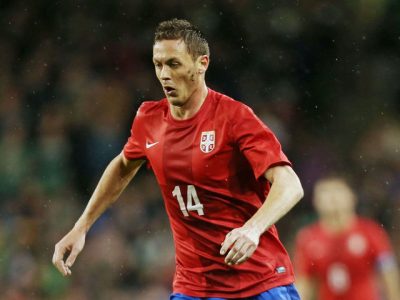 If the Super Eagles must score goals through the midfield on Tuesday, Gernot Rohr’s men will have to get past Serbia’s midfield anchor, Nemanja Matic.

Matic is a mixture of grit and skill. His calmness and wealth of experience will pose problems for Nigeria’s young midfielders who lacked calmness in their last game. The 29 year old Manchester United midfielder has the ability to break up play, launch attacks and also score goals from long range.

The Super Eagles must be better coordinated in midfield and improve on possession and passing accuracy to stand a chance against this wounded Serbian side.

Dusan Tadic, capped his 50th international appearance for Serbia with a goal in their 2-1 loss to Morocco last Friday.The Southampton forward has been one of the shining light for the Saints who have been battling to stay up in the English Premier League.

Tadic levelled scores for Serbia with a crisp shot from close range after a defence-splitting pass by Adem Ljajic. Whoever gets the nod to play at right back will have his work cut out for the entire duration of the encounter. 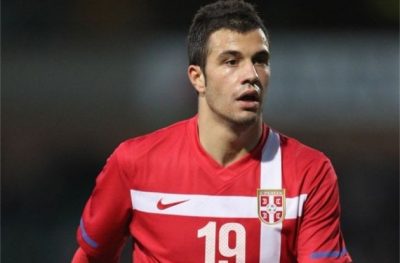 Crystal Palace Luka Milivojevic is one of the players instrumental to the Eagles recent run of good form in the English Premier League. Milivojevic has contributed eight goals and created 16 scoring chances. A great passer of the ball and tough tackler, he’s expected to start this encounter against Nigeria after playing as a substitute in the defeat to Morocco.

The 23 year-old midfielder, Milinkovic-Savic is one of Lazio’s top scoring midfielders this season with nine goals from 26 games. Savic has created 37 chances so far this season for his club and he has a good shooting accuracy. He is one player who may go missing in games but pops up when it matters to deliver. 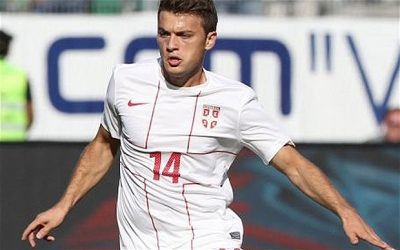 Adem Ljajic provided an assist for Serbia’s only goal against Morocco in Friday’s international friendly. He carved out the Moroccan defence countless times during the encounter but for his profligate teammates.

The skilful Torino midfielder possesses the quality to unlock the tightest defence with his mazy runs and passes. The midfielder to be deployed by Gernot Rohr must stay tight on the 26 year old attacking midfielder.

Ljajic has chalked up nine assists so far in the Italian Serie A with Torino and has scored three goals in 19 games this season. He will be looking to add to his tally of five goals for Serbia in his 27th international appearance.