Serena Williams has reached the final of the US Open for the first time in four years after defeating Anastasija Sevastova semi-final.
Williams won 6-3 6-0 to set up a mouthwatering clash with Japan’s Naomi Osaka on Saturday’s.

The 36 year old American will compete in her 31st Grand Slam final and ninth US Open final.
Osaka on her part had defeated Madison Keys 6-2,6-4.

“It is really incredible. A year ago I was literally fighting for my life at the hospital after having the baby,” said Williams in her post match conference.

“Every day I step out on this court I am so grateful to have an opportunity to play this sport.”

“So no matter what happens in any match, I already feel like I have already won.” 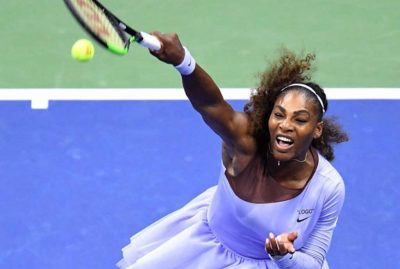 A win for the Williams will see her equal Margaret Court’s record of 24 Grand Slam singles titles.

She has won six US Open titles and will be the third oldest women’s Grand Slam finalist in the Open era and, if she wins, the oldest champion, overtaking her own record set at the 2017 Australian Open.