Football Association of Zambia (FAZ) president, Andrew Kamanga has revealed that the driving force behind his country’s quest to reach the 2018 FIFA World Cup is the fact that it would be their first ever appearance at the Mundial and that the Chipolopolo are motivated to beat the Super Eagles when both teams clash in Uyo on October 7, according to FazFootball.com.

Kamanga said Zambia is drawing motivation from being the only team in Group B that had never been to the World Cup.

“We are putting in every effort to make sure that this team is adequately prepared as we face Nigeria, which for me is the do or die game whoever wins that game will be assured of going to Russia 2018,” he said.

“But most interestingly in this group, we are the only ones who have never been to the World Cup, but with the favour we continue to draw on we should be able to qualify, come November because we have the advantage of playing already eliminated Cameroun in the final round.” 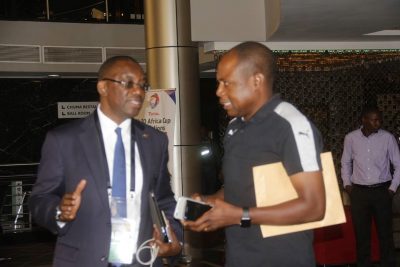 The FAZ Supremo is also unshaken in his belief that the Chipolopolo are capable of beating the Super Eagles at the Godswill Akpabio International Stadium which the Nigerians have turned into a sort of fortress in the World Cup race after 3-1 and 4-0 wins over Algeria and Cameroon respectively.

He added: “The must-win game is Nigeria, and I think our team has demonstrated the capacity to win away from home.”

The Super Eagles top Group B with 10 points, three more than Zambia and a win in uyo will hand the World Cup ticket to Nigeria while any other outcome will take the fight to the final day of the qualifiers when Nigeria will travel to Algeria while Zambia play at home to Cameroon.