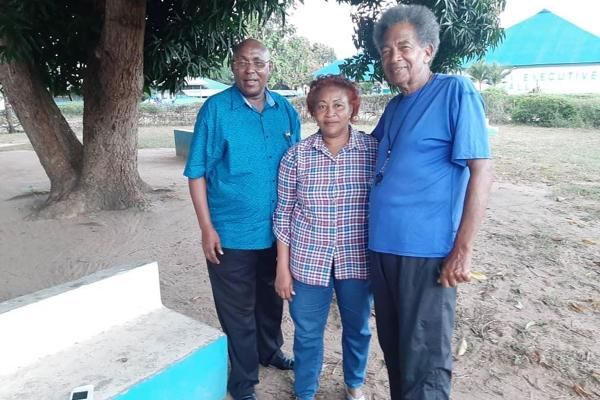 I wrote this piece last Sunday morning.
I am publishing it today only as my humble announcement.

I have been devastated in the past 3 days. Last Friday, one of my closest friends in the world passed on.

The news hit me like a tornado, numbing my senses. I don’t know what I then did with my phone, but from the moment Sule Alli broke the news to me, the elements joined in a conspiracy and my phone and the Whatsapp feature that I use for most of my communication, stopped functioning.

So, in the past 3 days, I have been unable to communicate with anyone.

Unable, also, to fix the phone, unable to function, I have remained at home and in bed, thinking about the meaninglessness of life, again, in total and humbling surrender, defeated completely by this ‘thief’ in the darkest of nights.

It is Sunday morning now. I wake up from the reality of another sleepless night. I pick up my phone and find that a ‘miracle’ has happened – some of the features, including my WhatsApp application, are back, functioning again.

So, I am writing this in a hurry to catch up with humanity and all those that must have been trying to reach me without success. I am thinking. Is this Ron’s handiwork from wherever he is now? Is this how Ron wanted me to absorb and digest the tragic news of his sudden and shocking journey to the land from which no one but Christ has ever returned? OK, Ron. You win.

It is with deep pain that I want to acknowledge to all our mutual friends, and our global family of athletes and coaches whose lives his work, his mentorship and his humanity have touched around the world, particularly Nigeria and Tanzania, that Ronald Davis, African American former Athlete, foremost international coach, social and civil rights activist, teacher and humanitarian, died in a Tanzanian hospital last Friday, after almost three weeks of a struggle to defeat the aches and pains that had taken over his body.

7 weeks ago, Ron Davis was my guest in Nigeria, along with Ikaweba Bunting, and Idoreyin Uyoè at the Nigerian Institute of International Affairs, in Lagos. Although he looked a bit frail on that 4-days trip, he still made tremendous contributions to the first in the series of ‘Conversations’ we had introduced in the institute to kick-start and drive the concept of deploying Sports as a diplomatic tool to heal the world, to bring Africans, Blacks and all peoples of African-descent around the world to a common understanding and mission to earn global respect and a new place in a new world architecture.

Since returning to his base in Tanzania, Ron and I have been in a daily dialogue, planning the structures and strategies ahead, with him connecting me to all his friends in the world of sports, powerful figures whose shoe laces I would ordinarily never be able to untie.

Ron believed in me and in the new road we were travelling. He instilled in me the level of confidence that I never had. He introduced me to his numerous friends that he loved, respected and believed would be resourceful in our project. He showed levels of dedication and commitment to some friendships I never believed existed – to Edwin Moses, Ikaweba Bunting, Sharrieffa Barksdale, Lacey O’Neal, Ron Freeman, Filbert Bayi, and a whole army of other Legendary figures in sports, particularly amongst his colleagues in the United States.

He spoke glowingly about me to every one of them and opened up doors and opportunities I never knew existed, in order to cement a relationship and drive our project of global elevation of the Black Race that we had humbly embarked upon.

Everytime we spoke or communicated, he regaled me with stories about his several exploits around the world, particularly with Lee Evans and Filbert Bàyi. He told me about his undying love for both of them, and for Africa.

He always expressed his gratitude to the Creator of the Universe for the opportunity he had to live, work and spend the rest of his life in Africa – his ancestral roots and final home.

He never stopped thanking me for welcoming his brother, Lee Evans, into my home and life, and finding a final resting place for him in Nigeria, a country he served deeply and sincerely, and where he wanted to spend the final chapter of his life.

A few weeks ago, as we stood by Lee’s graveside, he thanked me profusely for fulfilling his friend’s greatest desire to be buried on African soil.

He then told me how he would also want to die and be buried in Africa, in Tanzania particularly, where he has found life’s greatest fulfillment living with his greatest success stories – Filbert Bayi and the Filbert Bayi School of Sports, grooming young future athletes and guiding them to greener pastures in the United States of America.

Since then he has made me an integral part of his final work – ensuring to document one of the greatest sports stories out of Africa – Filbert Bayi’s Biography.

Through him, the publisher got me to author the foreward to the incredible book that is due for release during the Commonwealth Games in the UK later this year.

This is not my tribute to my elder brother and friend. That, I shall do appropriately, God willing.

This is just my humble announcement of the passage of a great man, my friend, my elder brother, and a guerrilla in the struggle for the emancipation of the Black race on earth.

Ron Davis died at 81 last Friday, in humble submission to the call of the Giver and the Taker of life.

I thank you Ron for showing me how to be a true friend.

I miss you very badly, already.