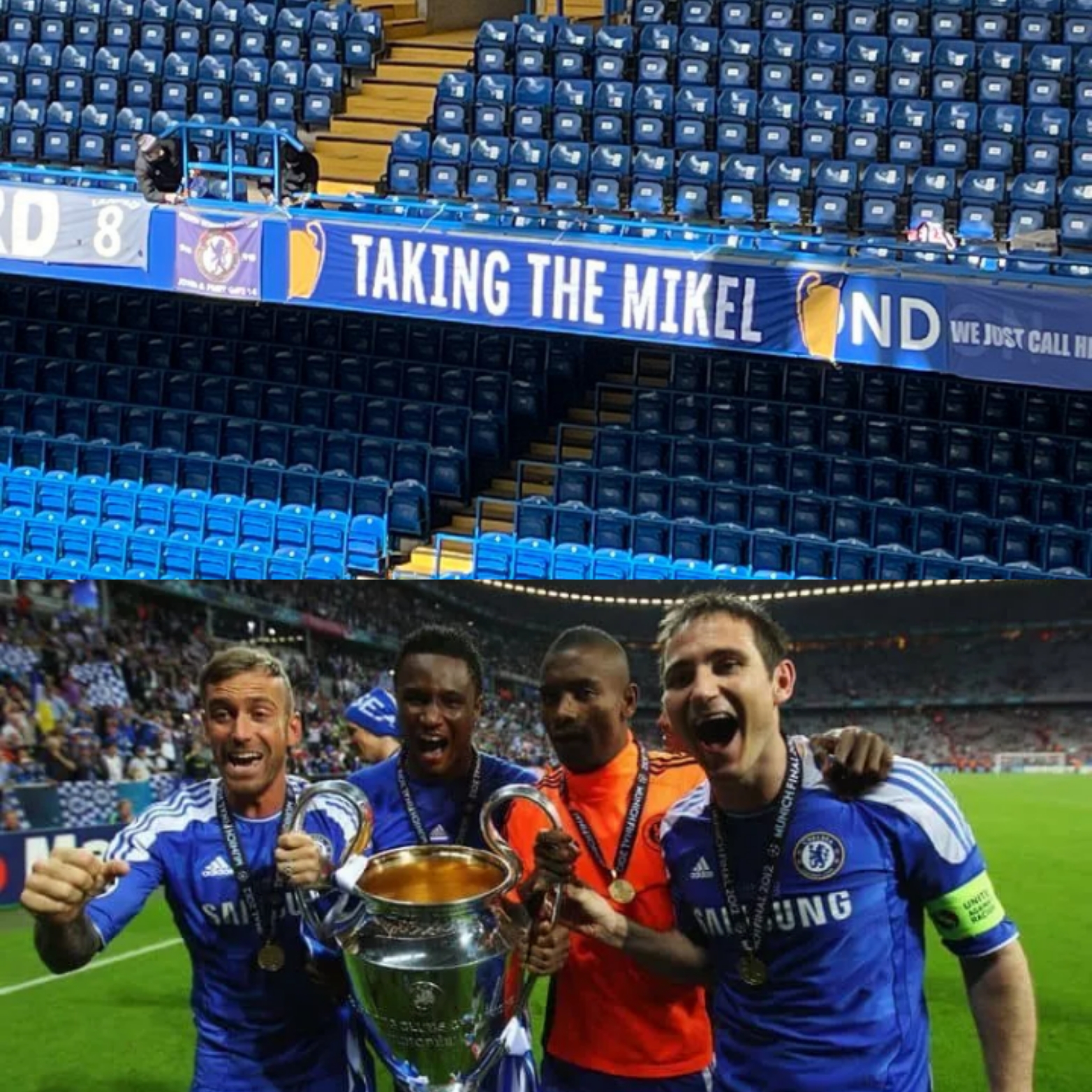 A ‘Taking The Mikel’ banner has been unveiled at Stamford Bridge Stadium as a tribute to former Super Eagles and Chelsea midfielder, John Mikel Obi, Completesports.com reports.

The banner was unveiled at the Matthew Harding stand of the 40,834 capacity Stamford Bridge Stadium. The phrase ‘Taking the Mikel’ was first used last year as Chelsea fans protested the European Super League with a banner displaying the aforementioned words.

Taking The Mickey (Michael) in Britain means having a laugh at somebody else’s expense. Chelsea have won the Champions League twice amongst other trophies, so the Blues are making jest of their rivals.

And the banner which inscription replaced ‘Mickey’ with ‘Mikel’, is a fond way of honouring the former Nigeria international who was a great player for Chelsea.

“Very pleased to feature a couple of photos of the latest banner to adorn the Matthew Harding Stand supplied by my good pal Dash, it’s a tribute to @mikel_john_obi,a player who in my opinion is on of the most underrated in the modern era of @ChelseaFC @ John Terry26,” the Chelsea Fanzine’s Handle handler tweeted.