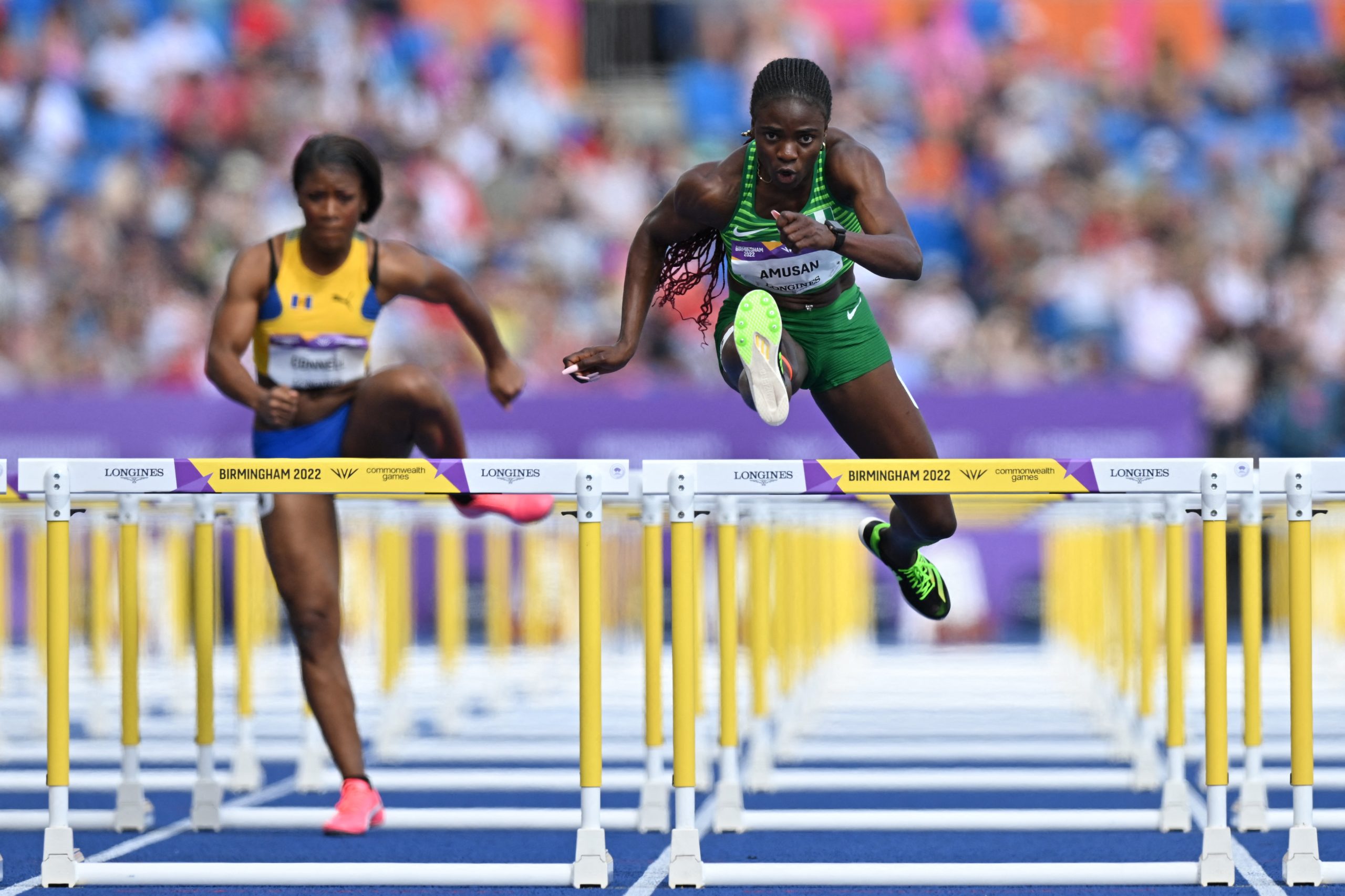 Tonobok Okowa, President of the Athletics Federation of Nigeria, AFN, believes the final day of track and field action at the ongoing 2022 Commonwealth Games may see Nigerian athletes winning as many as three gold medals and set one or two Games records.

Okowa is confident reigning world champion and record holder, Tobiloba Amusan will become the first Nigerian athlete in Commonwealth Games history to successfully defend a Games title when she runs in the final of the 100m hurdles Sunday morning at the Alexander Stadium in Birmingham.

“Tobi has proved to be a big occasion athlete and exhibited it at the World Championships in Oregon, USA last month where she not only made history as the first Nigerian to be crowned a world champion but also the first Nigerian athlete to set a world record,” Okowa said.

“She will be defending the Commonwealth Games title she won four years ago in the Gold Coast, Australia and the entire athletics family in Nigeria is behind our golden girl who has exhibited the can-do spirit of an average Nigerian.”

Amusan will also be targetting the 12.65 Games record set in 2006 by Jamaica’s Brigitte Foster-Hylton after a 2.4m/s tail wind rendered the 12.40 seconds she ran in the semifinals untenable.

The 25-year-old is also going to make history as the second sprint hurdler in Games history after Australia’s Sally Pearson (2010 and 2014) to successfully defend the event’s title if she wins on Sunday.

She will join Blessing Okagbare as only the second Nigerian track and field athlete to win two gold medals at the Games and the first to win gold at two (successive) Commonwealth Games.

The petite athlete will also become the first Nigerian athlete to win gold at the African Championships, the Commonwealth Games and the World Championships in the same year.

Okowa also believes long jumper Ese Brume will reclaim the long jump title she relinquished without a fight four years ago in the Gold Coast, Australia.

The 26-year-old was not in Australia to defend the long jump gold she won eight years ago in Glasgow, Scotland as an U20 athlete.

“Ese is also one of the athletes that have served Nigeria meritoriously. She is the only Nigerian athlete who has won medals at every and all major athletics championships and games,” said Okowa.

Brume has won medals at the two major World Athletics events, the indoor and the outdoor championships, and won at the Commonwealth Games and also at the Olympics. She also won at the African Championships and the African Games.

The African record holder will also be seeking to break the 6.97m Games record set in 2006 by Australia’s Bronwyn Thompson.

If she wins on Sunday, Ese will become the second Nigerian athlete after Okagbare or third if Amusan wins the 100m hurdles some 10 hours earlier to win two gold medals at the Games.

The AFN president is also rooting for the women’s 4x100m relay team to make history as the first women’s relay team to win the Commonwealth Games gold medal.

The quartet of Joy Udo-Gabriel, Favour Ofili, Rosemary Chukwuma and Grace Nzubechi Nwokocha moved a step closer to making history after sealing a place in Sunday’s final on Saturday in the semifinals.

Fresh from the team’s Nigeria and African record-setting 42.22 seconds run in Oregon, the USA at the World Athletics Championships last month, the quartet broke 43 seconds again, running 42.59 seconds to qualify for the final.

The time is the fastest in the semifinals ahead of England (42.72) who ran without 100m bronze medalist, Daryl Neita and Jamaica who won the other semifinal in 43.66 seconds without Tokyo Olympics double sprint champion Elaine Thompson-Herah.

The Nwokocha-led quartet will now be seeking to become the first Nigerian women’s relay team (4x100m and 4x400m) to win a Commonwealth Games title.

The Nigerians will hope to call on Tobi Amusan to run in one of the legs after the reigning world champion and record holder in the 100m hurdles must have successfully defended her Commonwealth Games sprint hurdles title about two and half hours earlier.