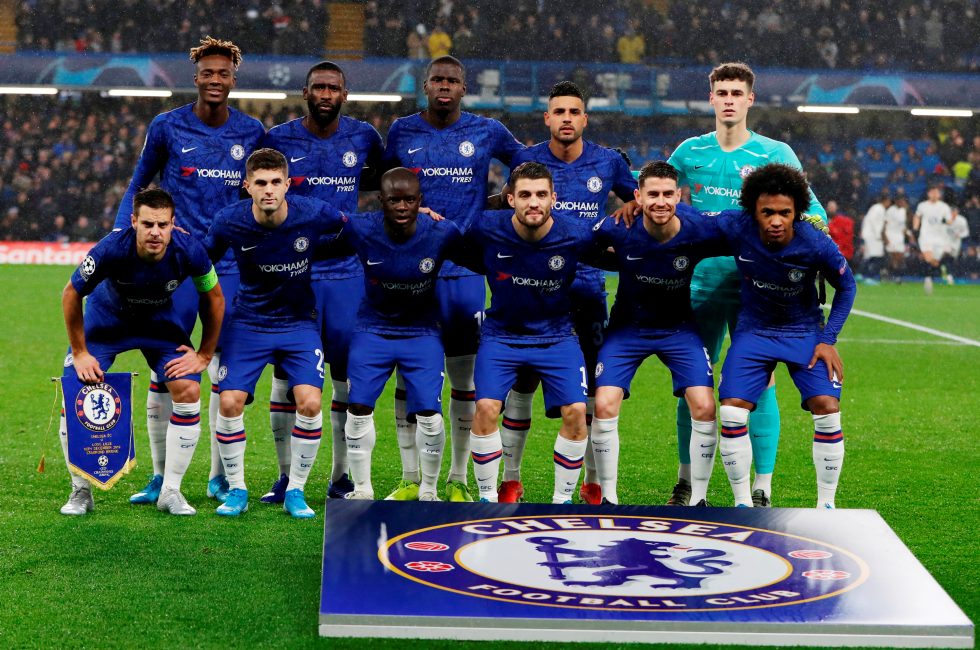 Billionaire Chelsea owner, Roman Abramovich, has empowered the management of his Premier League to continue paying all the players, coaches and non-playing staff their full wages even as the covid-19 pandemic cripples activities at the Stamford Bridge.

English football competitions, including the Premier League have been paused for over a month due to to the Coronavirus pandemic, just like the other leagues around the world. And clubs are facing economic downtime majorly due to lack of revenues from matches.

In the current covid-19 crisis, Chelsea had two other options – either to benefit from the United Kingdom government’s furlough job retention scheme – to assist businesses pay up to 80 per cent of workers’ wages, to a maximum of £2,500 per month, or to agree temporary wage cuts with their players.

However, Abramovich has decided that his club has the financial muscle to maintain the status quo and to even go further to support charitable causes.

Chelsea have also encouraged their first team players to support charitable causes during the covid-19 pandemic as they continue enjoying their full wages at the club. The board of Chelsea Football Club would like to update our fans, our staff, our community and our other stakeholders of certain actions the club is taking during the coronavirus crisis.

The board, guided by club owner Roman Abramovich, has agreed on a number of initiatives aimed at ensuring the financial well-being of our staff as well as supporting our fans and the wider community.

The club can confirm we will not be taking advantage of the Government’s current Coronavirus Job Retention Scheme which runs to 30 June. We are not planning any general redundancies or furloughs for our full-time staff who are continuing to be paid 100 per cent of their current wages.

Casual workers and match day staff employed by the club are being compensated by us through 30 June as if matches had been played and we had been operating as normal.

We are continuing our current level of financial and other support to our professional women players and also to our women’s academy programmes. Our women’s team and staff have been very supportive of our charitable activities during this crisis which has been appreciated by both the club and the respective charities.

In regard to our fans, we will credit general admission season ticket holders and hospitality season ticket holders for any Premier League home matches which are not played with fans in the stadium, once the final fixtures for the 2019/20 season have been agreed. Crediting will be on a pro-rata basis.

We will also reimburse travel and accommodation costs up to £350 per ticket holder to cover non-refundable expenditure by the 3,800 supporters due to travel to Munich last month for the Champions League match. This applies whether travel was booked privately or with the club. Those affected will be contacted shortly.

Representatives of the Chelsea board have recently held extensive talks with the men’s first team to discuss how they can contribute financially to the club during the coronavirus crisis. The objective of these talks has been to find a meaningful partnership around ensuring we preserve jobs for staff, compensate fans and participate in activities for good causes.

We are grateful to the team for having played their role in assisting the club with community activities as well as all the charitable causes they have been supporting in their respective home countries and through the Players Together initiative supporting the NHS. At this time, the men’s first team will not be contributing towards the club financially and instead the board have directed the team to focus their efforts on further supporting other charitable causes. As this crisis develops the club will continue to have conversations with the men’s first team regarding financial contributions to the club’s activities.

We remain committed to assisting the medical response to the coronavirus outbreak in our community. Chelsea will continue providing accommodation for NHS staff; to date 128 rooms have been allocated in hotels located at Stamford Bridge.

Following last week’s announcement that we will be providing free meals to the NHS and charities that support the elderly and vulnerable groups, this commitment has now been increased to 81,000 meals. The initiative is aimed at helping staff whose long working hours may mean it is difficult to obtain good-quality food on a regular basis, and also forms part of our continued effort to support the most vulnerable in our community during the pandemic.

Our medical team has also responded to the needs of the NHS by volunteering for critical medical roles during this crisis.

Chelsea has also joined with UK charity Refuge to raise awareness and valuable funds to support women and children experiencing domestic abuse during the pandemic. The club is matching the donations received by Refuge over a six-week period.

The Chelsea Foundation is working hard to support our communities and those in need and the club will continue to support this work.

The Foundation’s education team has produced daily workbooks for children no longer attending schools while they are also running virtual classroom sessions for children of key workers.

Foundation staff have also been supporting local foodbanks with deliveries while more than 10,000 participants took part in our virtual soccer schools during the Easter holidays.

Among other activities, staff are staying in contact with elderly Chelsea fans and supporting parents of disabled participants via online drop-in clinics.

As this break in the football fixtures continues, Chelsea Football Club hopes everyone stays well and we very much look forward to welcoming our fans back when it is safe to do so.