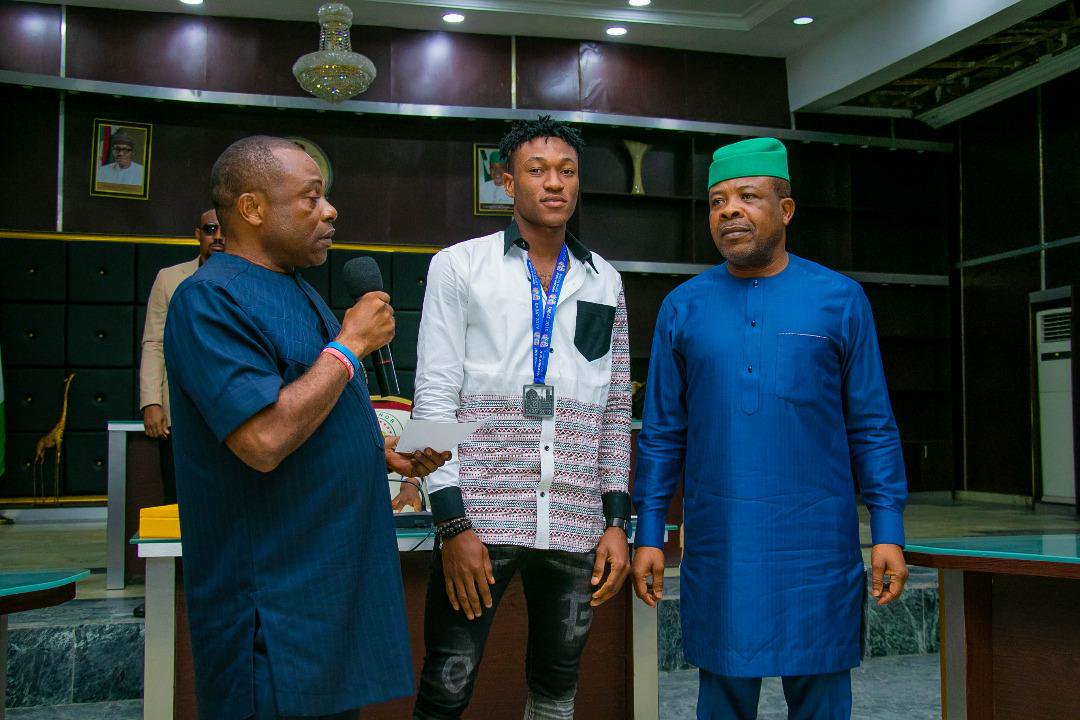 Ihedioha also rewarded the state Director of Sports, Mrs Chizota Adetola to the tune of N100, 000 and N70,000 to coaches, N50,000 to sports association secretaries and N30,000 to each of the athletes that silver and bronze medals respectively respectively at the last National Youth Games held in Ilorin, Kwara State.

Ten athletes who won gold medals at the games equally received a comprehensive scholarship scheme from the Governor.

The governor equally doled a comprehensive scholarship scheme for the 10 athletes that won the 10 medals for the state at the event.

The governor announced these rewards when the Imo State contingent to the NYG led by Chief Fan Ndubuoke, paid him a courtsey visit at the Executive Council Chambers, Government House, Owerri.

Ihedioha made it clear to the coaches and athletes that the state would not condone anything below the first 10 on the medals’ table in subsequent competitions.

“It is our desire to celebrate greatness rather than mediocrity. We are aware that your last outing in Ilorin was the best in the last 10 years, hence this reception.

“Else, I cannot celebrate 20th position. However, we will no longer accept any performance other than being among the first 10 in any national competition”.

Governor Ihedioha pledged to resuscitate all the dilapidated sports associations and facilities in the state.

He urged the sports commission to provide him with all the necessary budgetary demands needed to reactivate the moribund indoor sports hall which houses numerous sports that are medals’ hopefuls.

Chief Ndubuoke, on behalf of the coaches, secretaries and board members of the commission commended Governor Ihedioha for his profound support to sports since assumption of office.

Recalling the governor’s goodwill to sports which included award of contract for the reconstruction of Dan Anyiam Stadium as well as the Grasshoppers International Handball Pitch, saving both Heartland FC and Heartland Queens from relegation, sponsoring Imo State contingent to the NYG in Ilorin and Grasshoppers to Lagos and few others, the commission chairman stated that Imo athletes would work harder to regain the state’s lost glory in national and international competitions, starting with the Edo 2020 National Sports Festival.