Alex Iwobi starred for Arsenal who bounced back from a humiliating 5-1 thumping in the hands of Liverpool on Saturday to beat Fulham 4-1 at the Emirates Stadium on New Year Day reports Completesportsnigeria.com.

Goals from Granit Xhaka, Alexandre Lacazette, Aaron Ramsey and Pierre-Emerick Aubameyang was enough to hand the Gunners a win despite Aboubakar Kamara’s 69st-minute strike which reduced the deficit at 2-1.

Iwobi who failed to make the final three-man shortlist for the 2018 African Player of the Year on Tuesday made the assist for the opener in the 25th minute when delivering a good cross for Xhaka to poke home from close range.

Lacazette finished off a fine move for the Gunners second goal firing in from close range before.

Kamara gave Fulham a glimmer of hope when he tucked in Ryan Sessegnon cross but Ramsey came off the bench to restore Arsenal’s two-goal lead.

Aubameyang ensured the points were safe when he curled in a brilliant shot from the right side of the Fulham box.

The 22-year-old Iwobi who missed out final three-man shortlist for the 2018 CAF African Footballer of the Year award was replaced in the 83rd minute for Bukayo Saka in what was his 18th EPL game this season scoring twice. 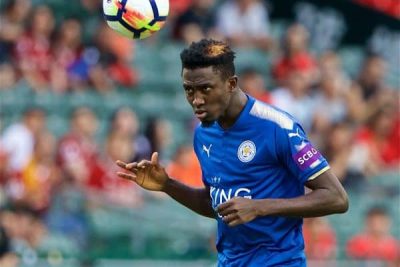 At Goodison Park, Super Eagles midfielder made his 20th start in the English Premier League for Leicester City who recorded their first win in 2019 edging Everton 1-0.

Jamie Vardy scored the winner for the Foxes to condemn Everton their fourth loss in five Premier League games in the EPL.

The game was Ndidi’s 21st of the campaign and his 71st in the EPL since joining the club three years ago.

His compatriot was not included in the match day squad for the game.

The Toffees, who have now not won in their past four home games, remain 10th in the table, while Leicester moves above Wolves into seventh place.

Everton are at home to Lincoln City in the third round of the FA Cup on Saturday, while Leicester travel to Newport County on Sunday.