Arsenal forward Alex Iwobi admits he should have scored a goal in the Gunners 4-1 home win over Fulham at the Emirates stadium but was quick to add that he is satisfied with the team’s outstanding response in the wake of their 5-1 loss to Liverpool at Anfield.

The 22 year old Nigerian missed three good chances to add to his tally this season in the encounter.

“Yeah but we did get four and that’s enough,” Iwobi who made an assist for Arsenal’s opener in the game told Sky Sports in his post-match interview.

The win was their eight of the campaign under Unai Emery and Iwobi believes have regained their confidence after that defeat.

“No, not at all – we just picked ourselves up in training and you just have to forget about the past but learn your lessons. You could see today that we played with confidence and did well. 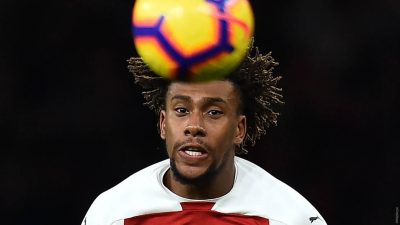 “It was a good performance from the team, and a great response after the defeat we had [at Liverpool] so it was a good result.”

“Yes, they had a few chances and a few good spells, but we were resilient and able to ward them off.”

“Yes, we had a few chances and with the attackers we have, we will always have those. But we were able too get four and that is enough for today.”

On Arsenal’s impressive record at Emirates Stadium, Iwobi said: “We like to make sure our opponents are scared to come to the Emirates, and we have kept that going and it’s a great win for us and for the fans.

“To keep on having performances like this, keep strong and take it step by step and see where we are in 2020.

Iwobi has made 18 appearances this season for Arsenal scoring twice.

He has been directly involved in three goals (scoring one goal and providing two assists) in his last four Premier League games.