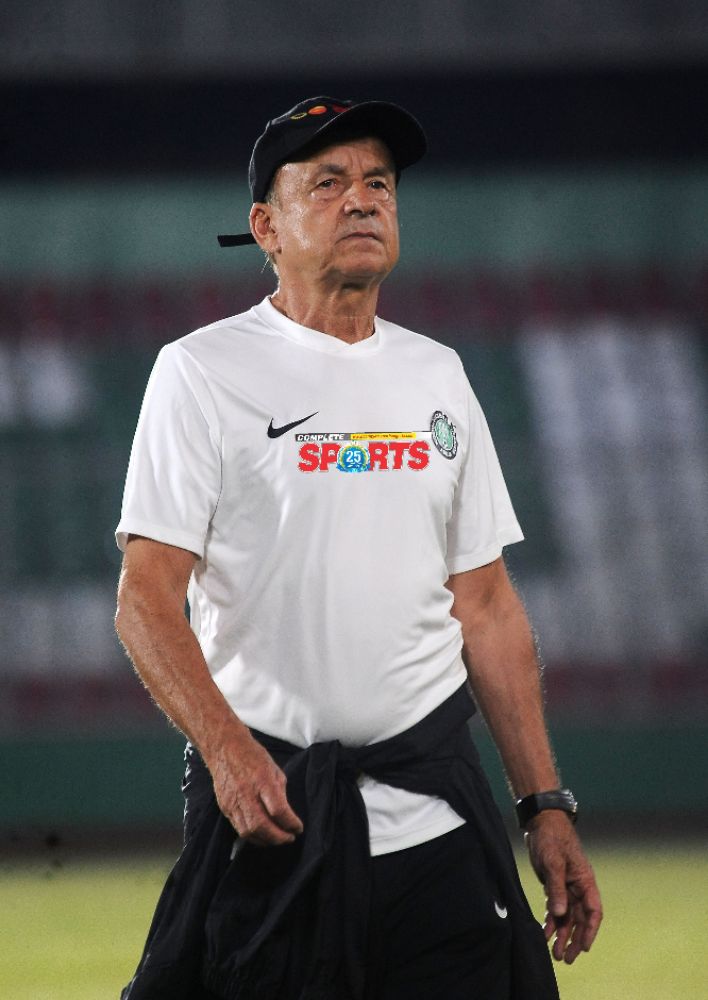 Rohr was reported as one of the candidates to replace Milovan Rajevac ahead of Ghana’s crucial Qatar 2022 World Cup qualifier against Nigeria in March.

But the German denied being contacted for the vacant position, stating it will be difficult to coach another team against the Super Eagles.

“I don’t have any agent and nobody is intensifying my candidature to coach Ghana,” Rohr told Nigeria’s NationSports. “Of course, some countries contacted m and not me contacting them.

“It would be difficult for me to fight against my former team,” he continued when pressed further on why he does not want the Ghana job.

Rohr was sacked as Eagles coach just few weeks before the commencement of this year’s AFCON in Cameroon.